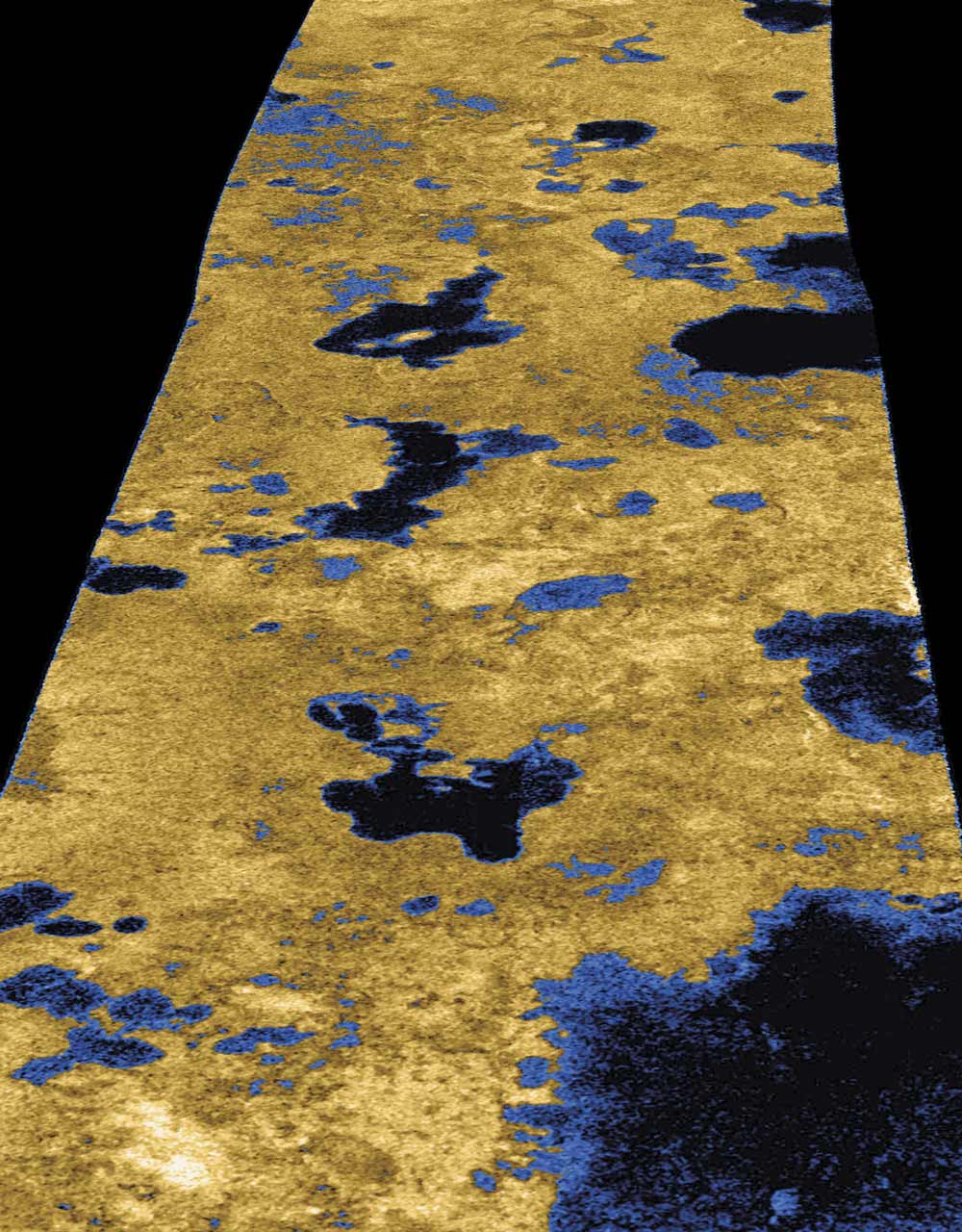 Land of Lakes  When the Voyager 1 and 2 spacecraft flew by Saturn in 1980 and 1981, they were able to pay only fleeting attention to Titan, the solar system’s second largest moon (larger even than Mercury) and the only solar system moon with an appreciable atmosphere. Titan’s atmosphere has long intrigued scientists, who speculated that it created conditions sufficient to support lakes of liquid methane on Titan’s surface. Fifteen years ago this week, the Cassini spacecraft made the first of dozens of close flybys of Titan, some bringing the spacecraft (and its cloud-penetrating radar) to within a few hundred kilometers of the moon. Subsequent flybys of Titan, particularly one in 2006 that created this false-color radar view, provided definitive evidence for large bodies of liquid methane on the surface.