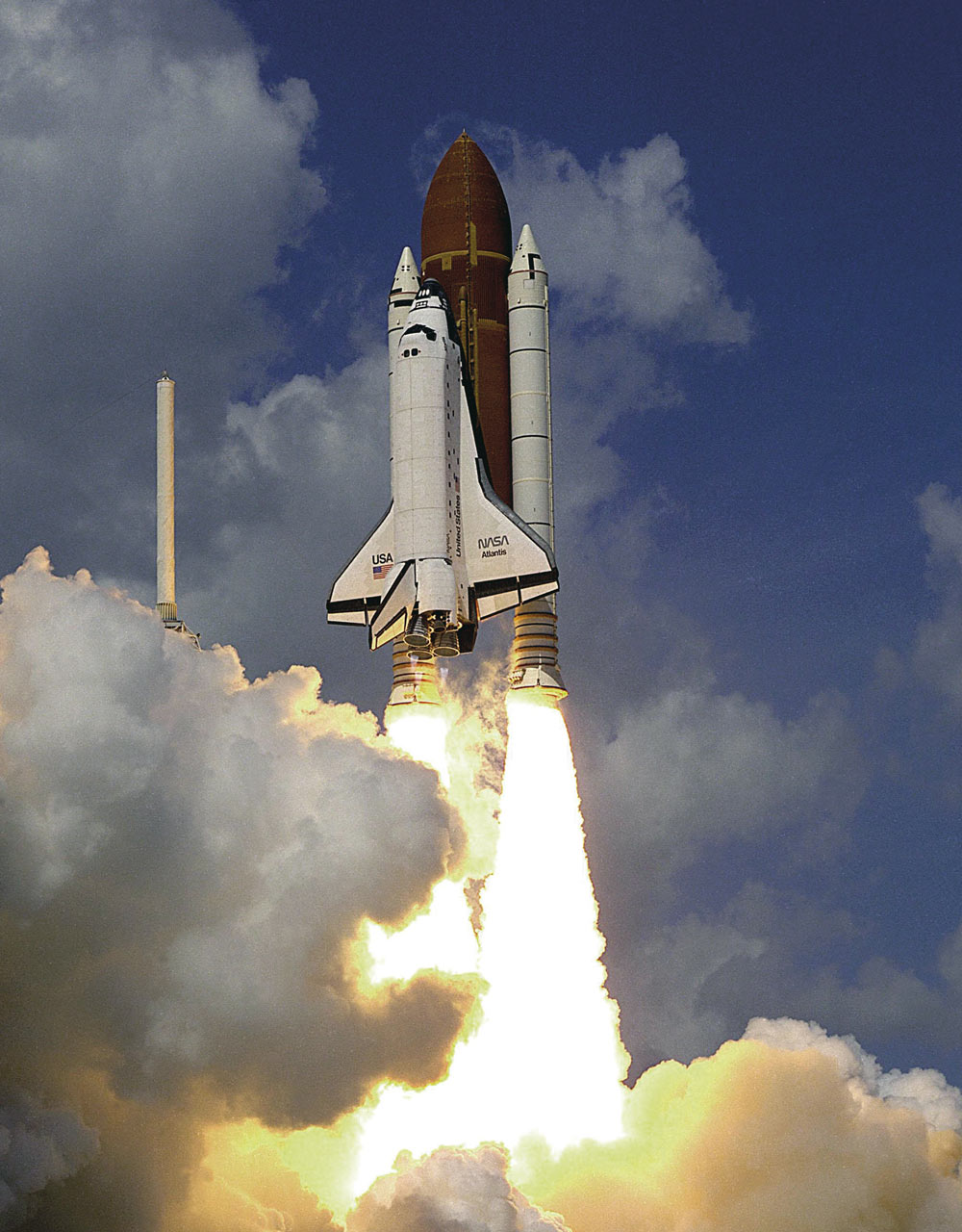 Galileo Gets a Lift  On its third launch attempt in a week, the space shuttle Atlantis took to the sky on mission STS-34. The launch, which occurred 30 years ago this week, heralded a new era in planetary exploration because nestled inside the shuttle’s cargo bay was Galileo, the first spacecraft designed to orbit Jupiter. After being deployed from Atlantis, Galileo followed an energy-saving path through the inner solar system, looping past Venus, Earth (twice), and two asteroids before finally arriving at Jupiter six years later. Galileo spent eight years studying the Jovian system, exponentially increasing our knowledge of Jupiter. Also aboard Atlantis during its five-day mission was a solar backscatter ultraviolet experiment for measuring the height and distribution of ozone in Earth’s upper atmosphere.