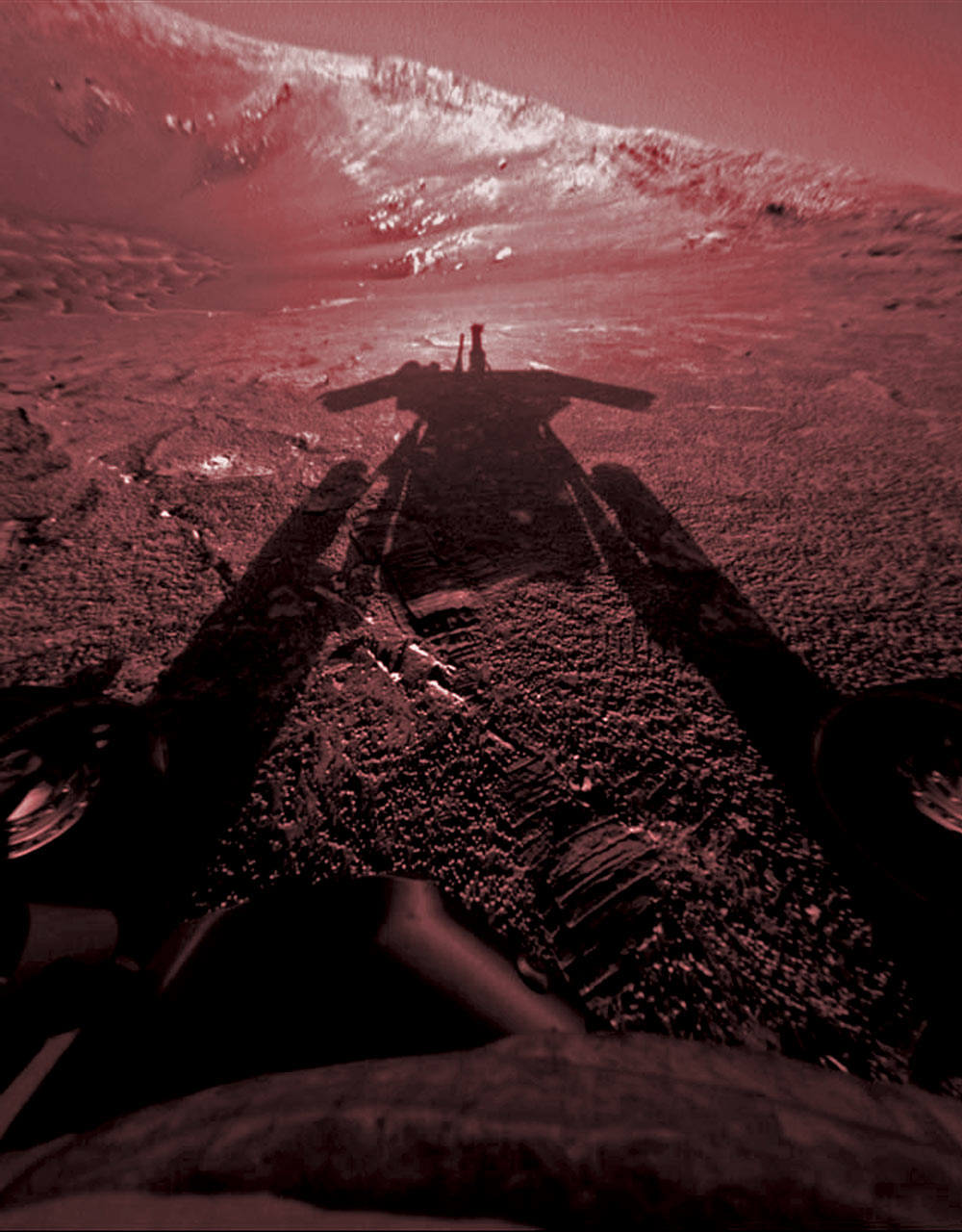 Holst, Bringer of Music  Born 145 years ago this week, English composer Gustav Holst holds a special place in the hearts, and ears, of astronomers. Although he wrote almost 200 orchestral suites, operas, ballets, concertos, choral hymns, and songs, his signature piece is indisputably the seven-movement orchestral suite, The Planets, first performed publicly in 1918. Each movement corresponds to a planet and its associated mythological and astrological characteristics: Mars, the Bringer of War; Venus, the Bringer of Peace; Mercury, the Winged Messenger; Jupiter, the Bringer of Jollity; Saturn, the Bringer of Old Age; Uranus, the Magician; and Neptune, the Mystic. The menacing shadow in this image belongs not to an aggressive Martian ready to wage war, but rather to the Mars rover Opportunity.