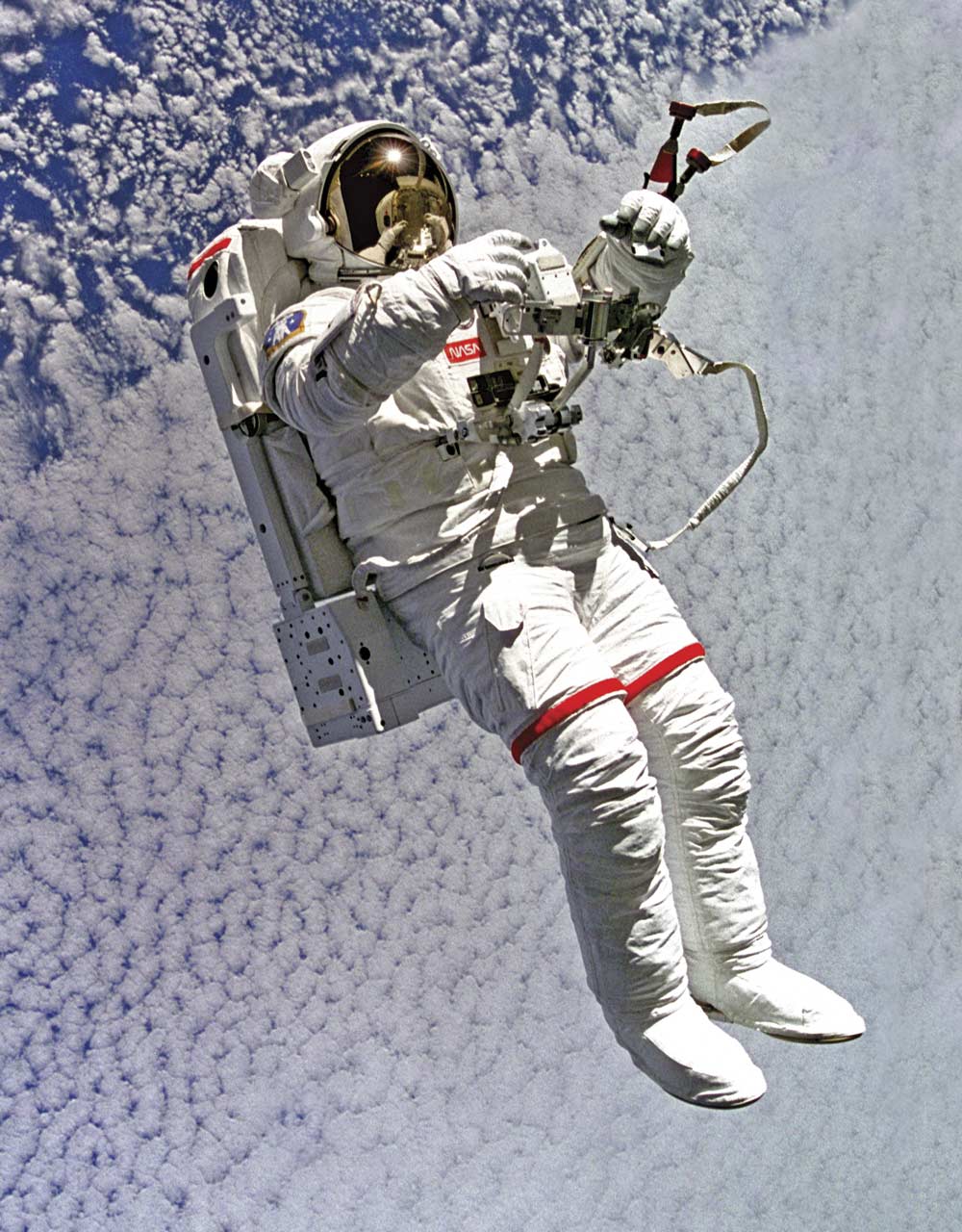 Making Spacewalks SAFER  Seen here against a backdrop of clouds some 260 km (161 mi) miles below him, astronaut Mark Lee floats, completely untethered, away from the safety of the space shuttle Discovery. The STS-64 mission, launched 25 years ago this week, saw Lee testing the new Simplified Aid for EVA Rescue (SAFER) system. SAFER was designed to be used in the event that a crew member inadvertently becomes untethered while conducting an extravehicular activity. The small, self-contained propulsive backpack, which is still in use today during ISS spacewalks, provides enough free-flying mobility for spacewalkers to return to the ISS in an emergency if they cannot be retrieved by any other means. The STS-64 crew also deployed and later retrieved the SPARTAN-201 astronomy satellite.