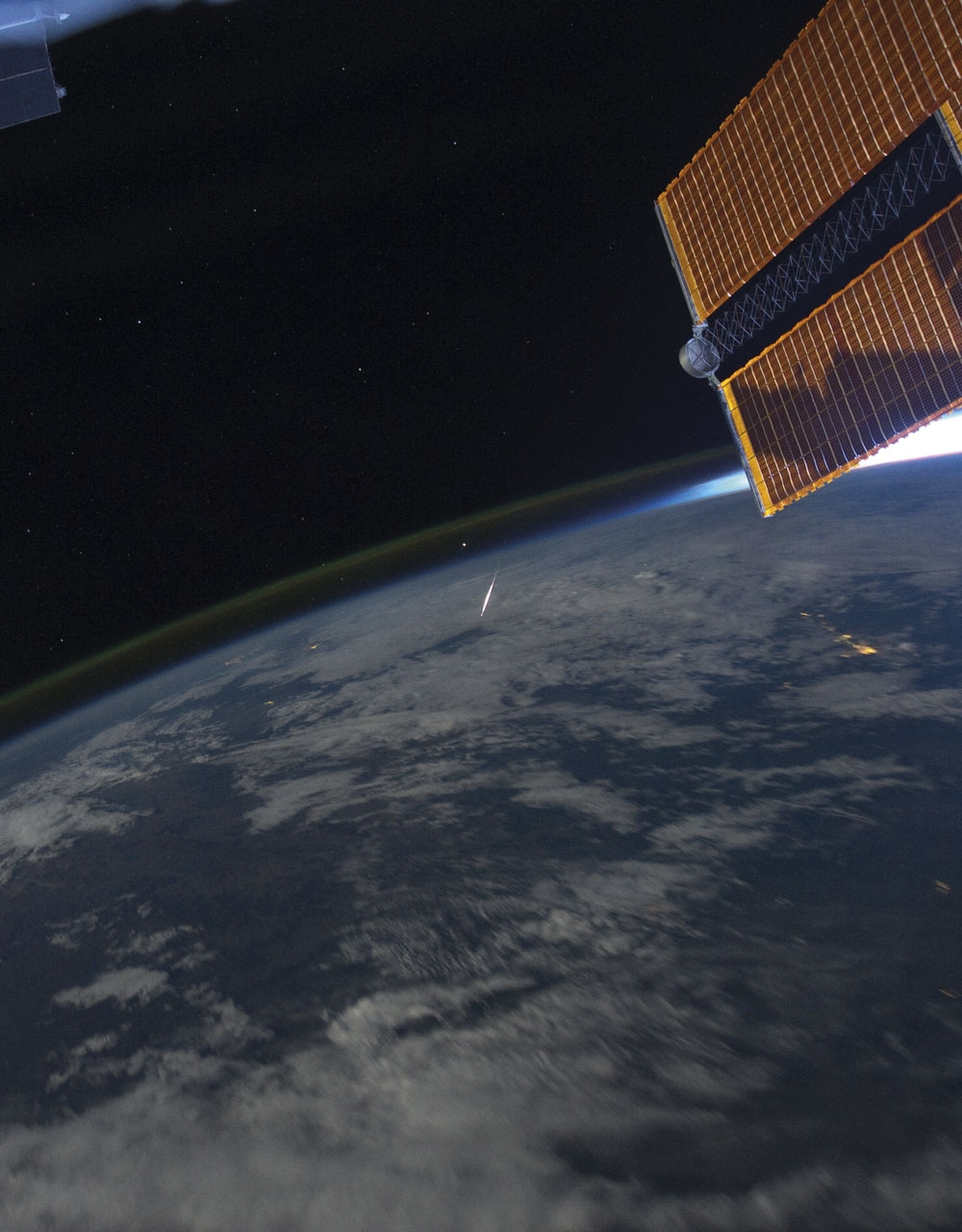 Perseid Sneak Peak  Each August, Earth passes through a debris trail left by Comet Swift-Tuttle. At a rate of about one per minute, bits of dust, some as fine as cigar ash, release tremendous energy as they slam into the atmosphere at speeds of 58 km/sec (129,000 mph). These meteors leave trails that radiate from the constellation Perseus, lending this meteor shower its name, the Perseids. The shower peaks overnight on the 12th/13th, and the Moon will outshine all but the brightest meteors until it sets, just an hour or so before sunrise. But not everyone needs to be looking up to see the Perseids. Astronauts on the International Space Station are occasionally treated to sights of these atmospheric intruders while on the dark side of their orbit. This image of a bright Perseid flash was captured from the ISS in August 2011.