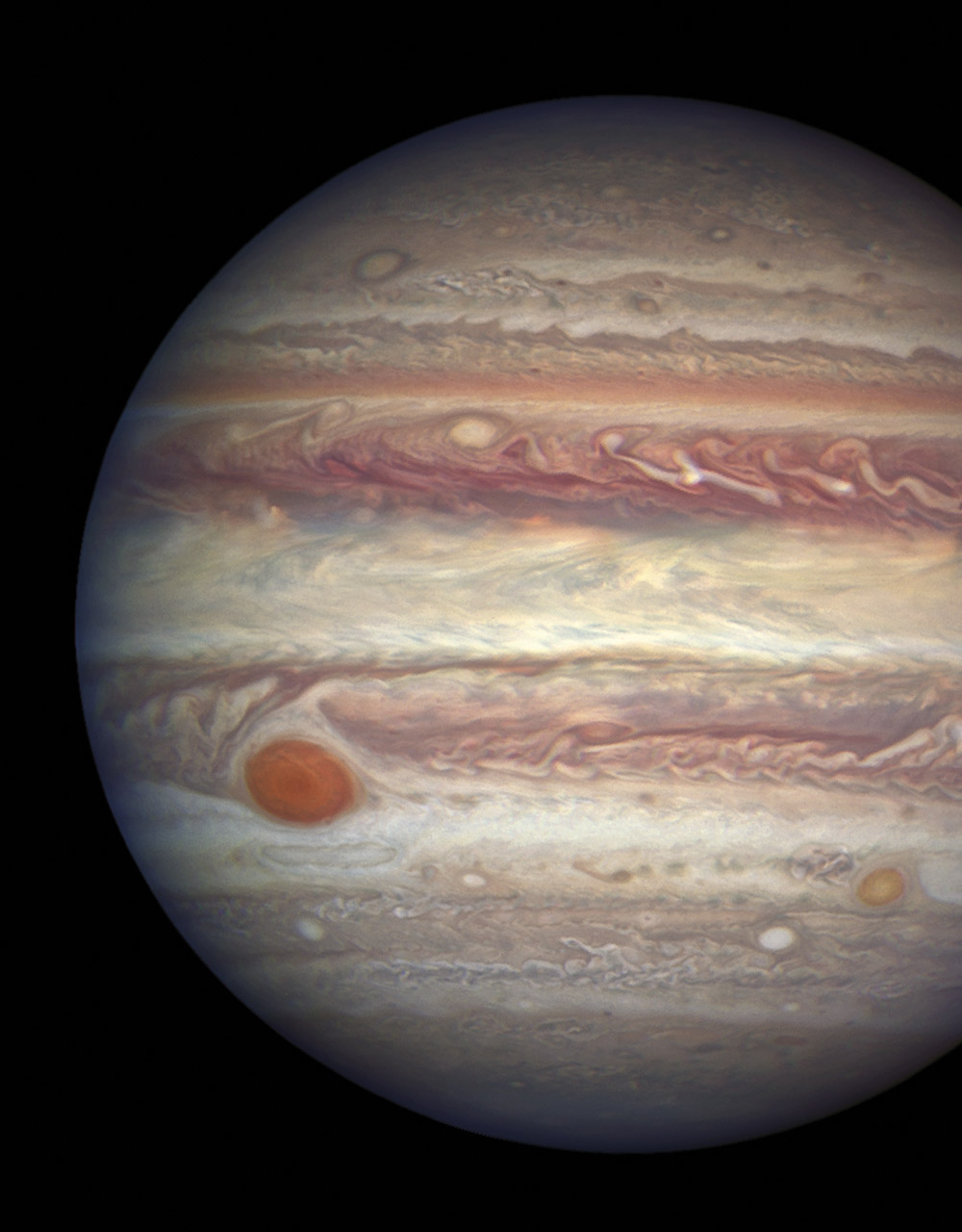 Close Call  Jupiter, the largest planet in the solar system, reaches opposition on Monday this week. Like many astronomical events, this one is significant because of our perspective from Earth, not because of any inherent changes of condition on Jupiter. On Monday, Jupiter will be positioned on the  opposite side of the Sun as seen from the Earth. This means that the Sun, Earth, and Jupiter line up, with Earth sitting between the Sun and the gas giant. Opposition also marks Jupiter’s closest point to us, and the planet appears brighter in the night sky than at any other time in the year. It will rise at sunset and be visible all night long. During Jupiter’s 2017 opposition, researchers using the Hubble Space Telescope photographed exquisite details in Jupiter’s atmosphere as small as about 129 km (80 mi) across.