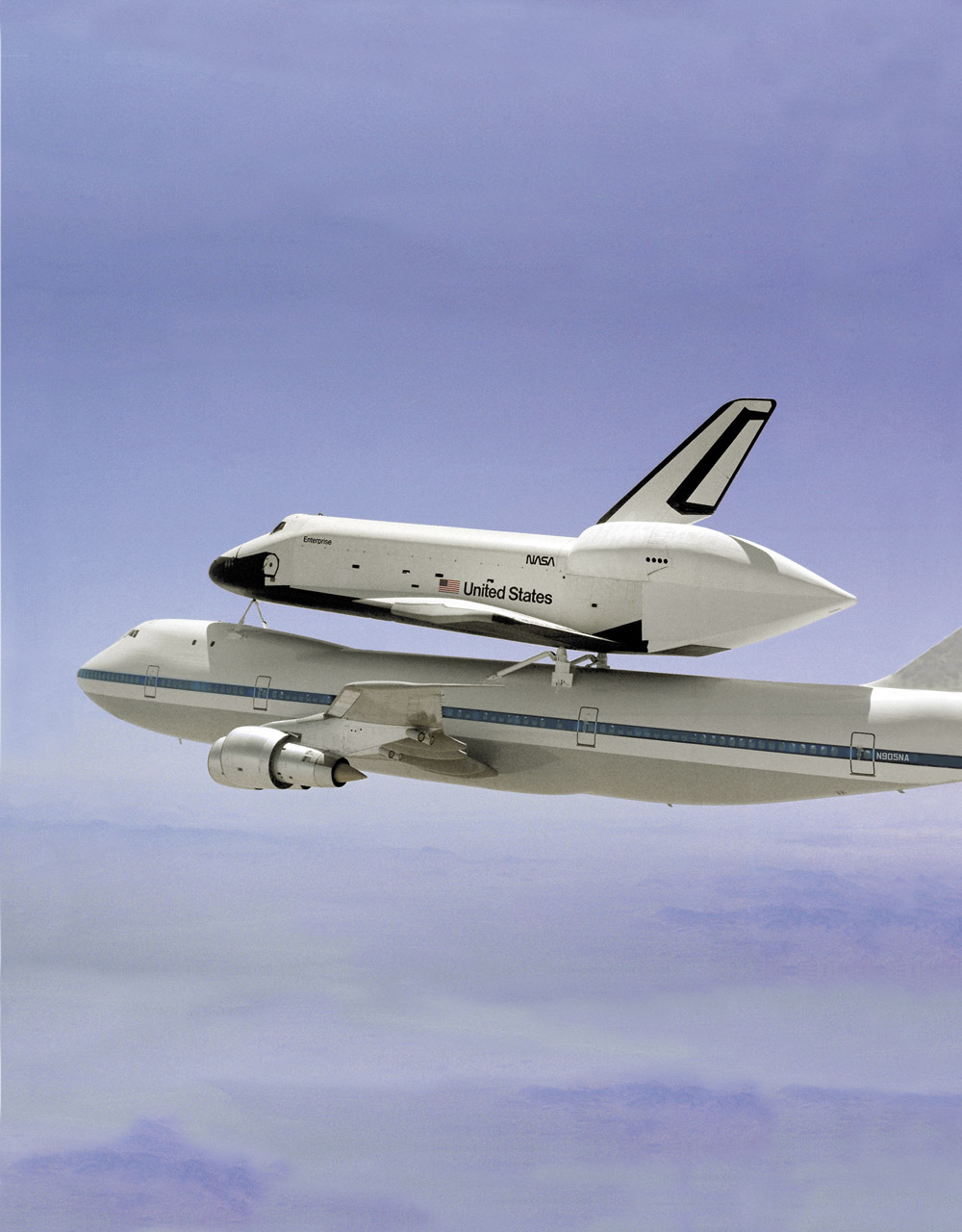 Nuts and Bolts  Years of theoretical design and planning gave way to actual fabrication 45 years ago this week when construction began on the first space shuttle, Enterprise. In less than two years construction was completed, and by early 1977 Enterprise, which was never intended to fly in space, began nine months of approach and landing tests to prove that it could fly in the atmosphere and land like a glider. Carried aloft by a modified 747, Enterprise completed a series of increasingly challenging flights, ranging from taxi tests, to captive flights with an aerodynamic tail cone (above), to free-flights. Enterprise was also used in vibration ground tests and launch pad fit checks, and in the early 1980s it appeared at many air shows around the world. Since 2012 it has been on display in New York City.