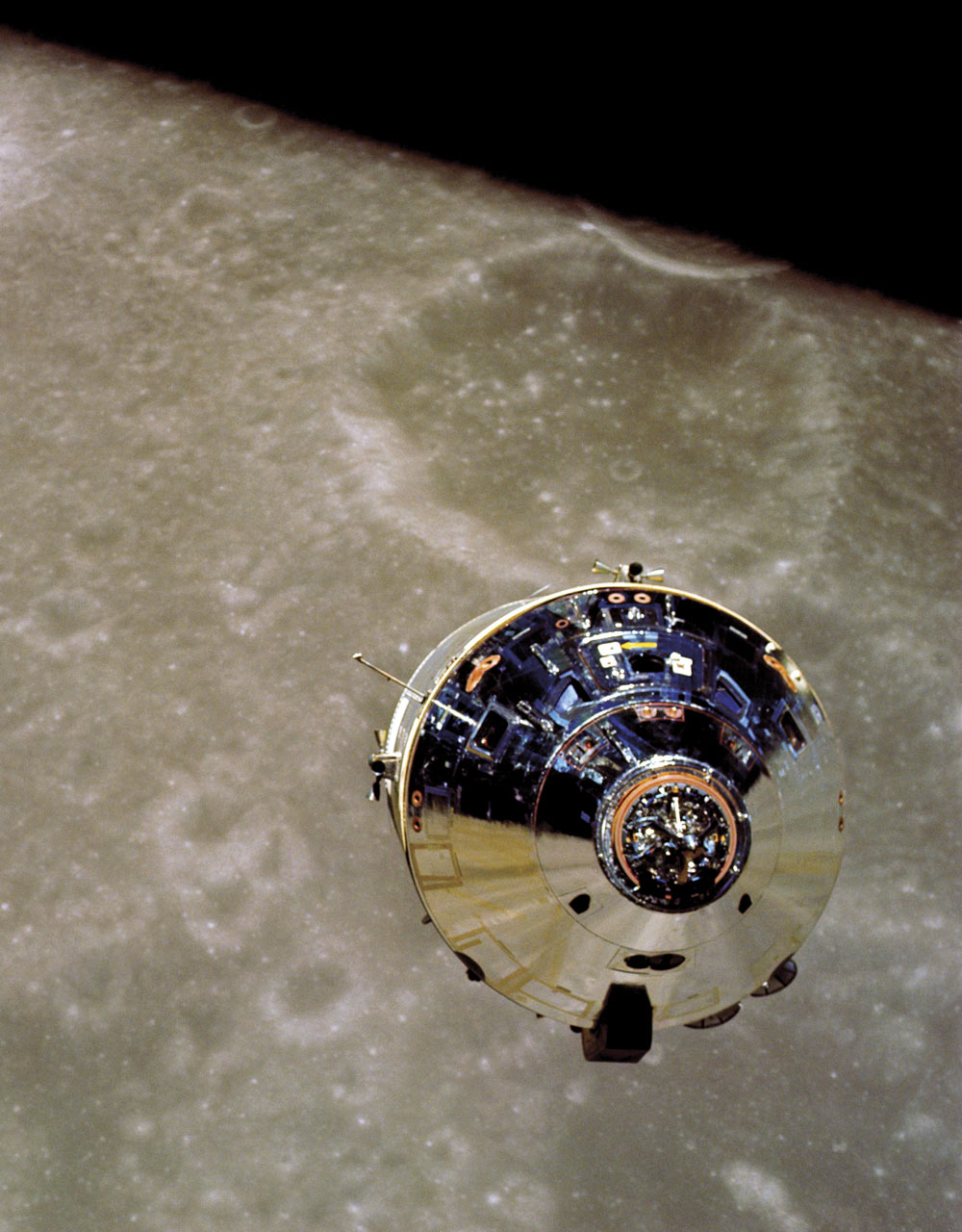 So Close, and Yet So Far  The Apollo 10 mission, the final practice flight before the first lunar landing, flew near the Moon 50 years ago this week. Designed as a dress rehearsal for the history-making Apollo 11 flight, Apollo 10 was to demonstrate all the procedures necessary for an actual lunar landing, but the crew was to take the fully-functional Lunar Module, Snoopy, no closer than 15 km (50,000 ft) to the lunar surface. Astronauts Tom Stafford and Gene Cernan piloted Snoopy closer to the Moon than any human had ever traveled before, while John Young remained in lunar orbit in the Command Module Charlie Brown. This image of Charlie Brown was taken just before the two craft were reunited, a mission-critical event because the astronauts in Snoopy had no other means of returning to Earth.