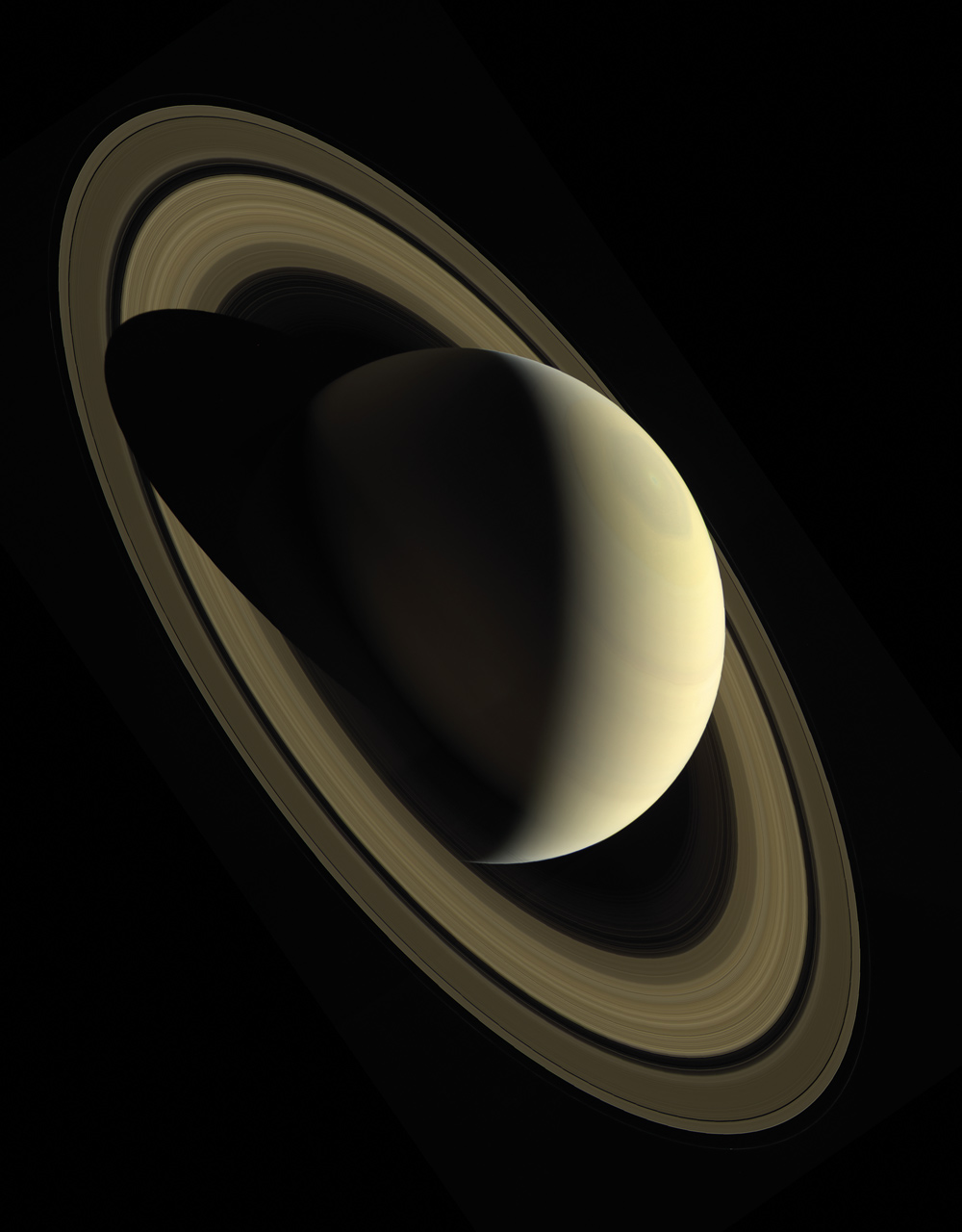 Change of Seasons  Cassini captured one of its last full views of Saturn and its rings in October 2016. The Saturn system was Cassini’s home from 2004 until 2017, when it executed a controlled entry into the planet to avoid possibly contaminating the moons Enceladus and Titan, which scientists believe may have conditions conducive to life. Cassini orbited Saturn for nearly a half of a Saturnian year. Its extended stay permitted observations of the long-term variability of the planet, its moons, rings, and magnetosphere—observations not possible from short, fly-by style missions. When Cassini arrived at Saturn, the planet’s northern hemisphere, seen here at top, was in darkness, just beginning to emerge from winter. At journey’s end, the entire north pole was bathed in the continuous sunlight of summer.