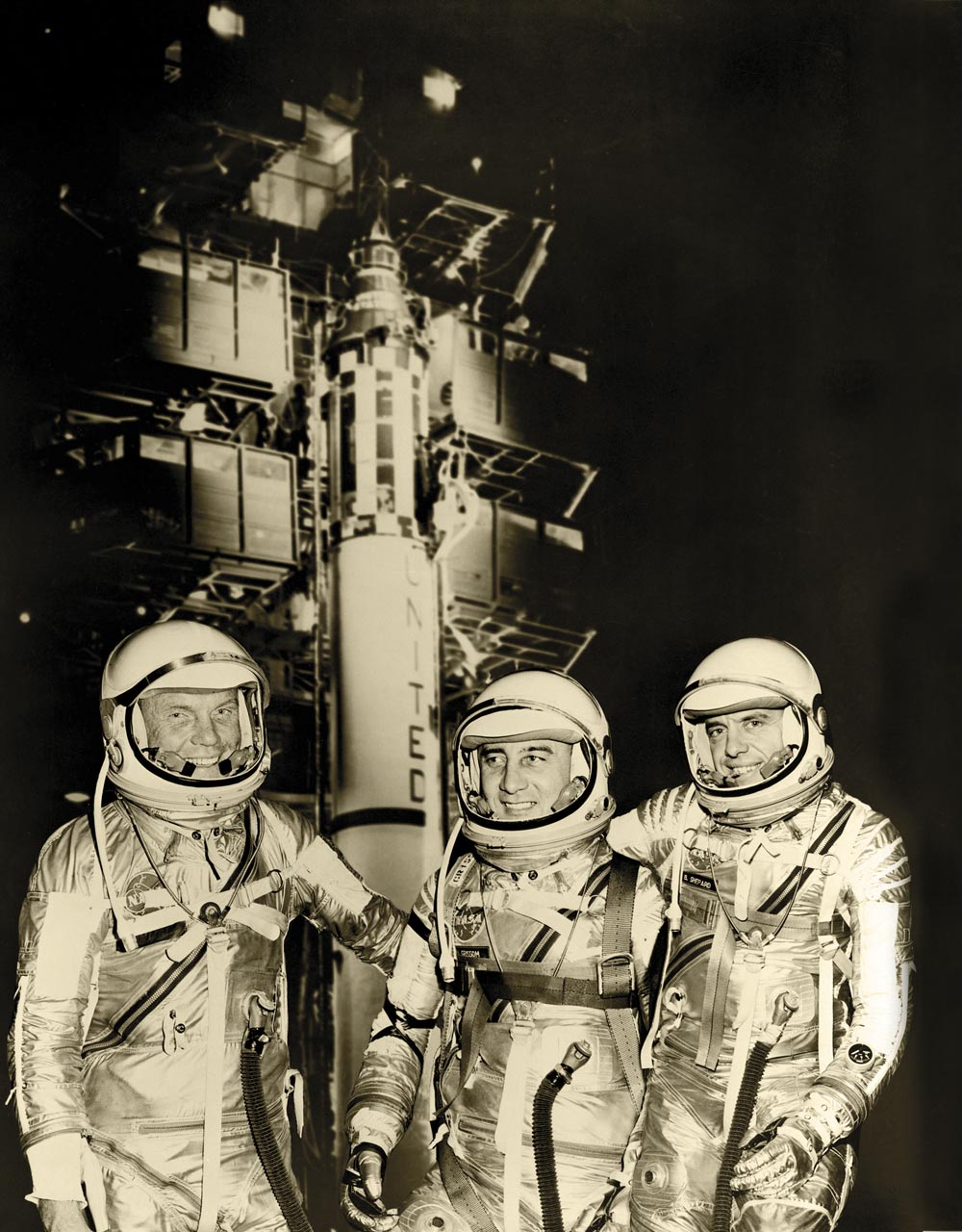 American Idols  Sixty years ago this week at a news conference in Washington, D.C., NASA’s Administrator, T. Keith Glennan, introduced to the public the seven men chosen to be America’s nominees for the first human voyagers into space. These Project Mercury astronauts were the cream of the crop, survivors of the most stringent and grueling astronaut selection processes ever conducted. With varying degrees of reluctance, the astronauts soon became celebrities and idols to the American public, satisfying the nation’s need for a new breed of hero. The first three Mercury astronauts to fly are seen in this 1961 publicity photo. Left to right: John Glenn, first American to orbit Earth; Virgil “Gus” Grissom, second American to make a suborbital flight; Alan Shepard, first American to make a suborbital flight.