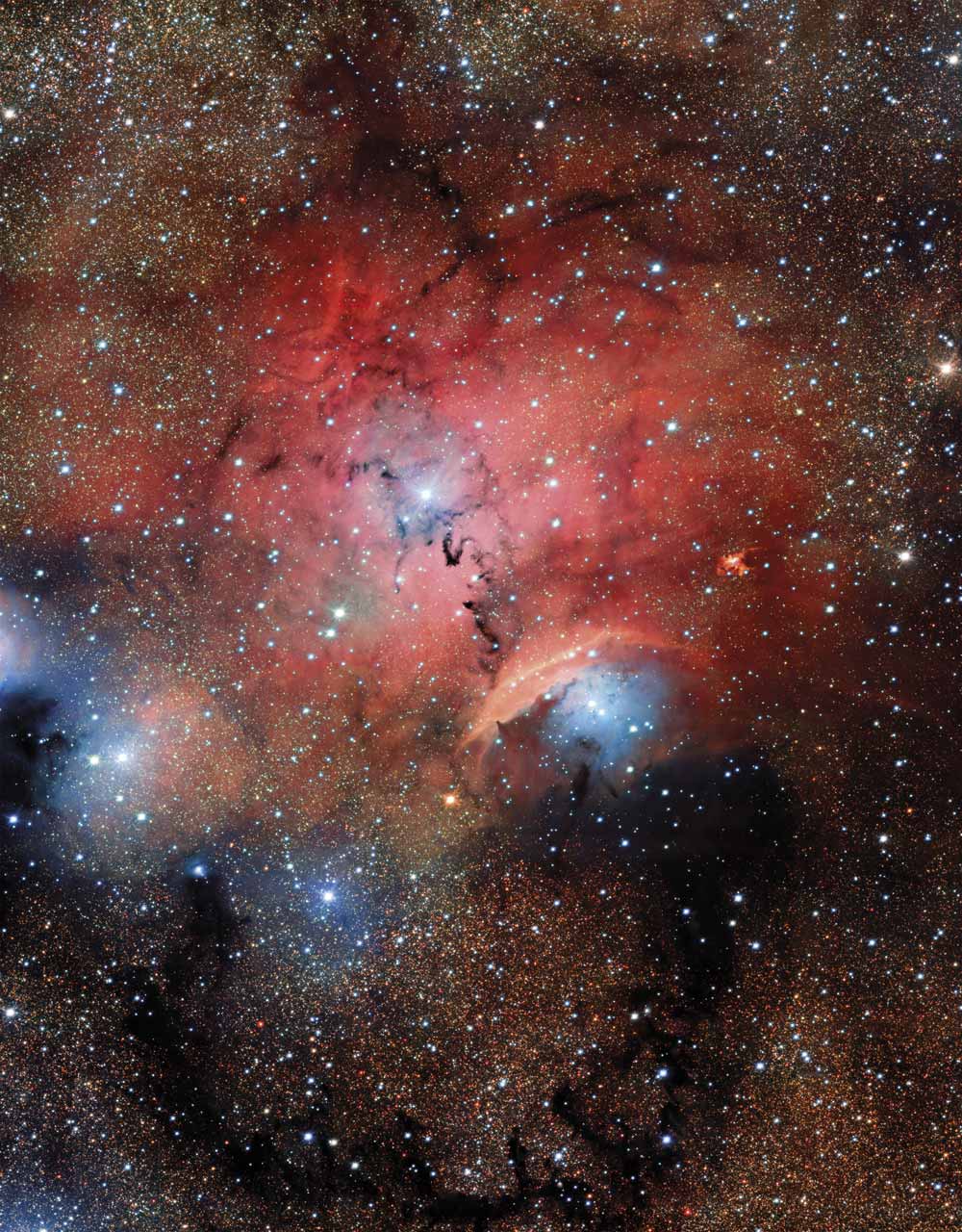 Stellar Nursery Blooms into View  The OmegaCAM camera on the ESO’s VLT Survey Telescope has captured this glittering view of the stellar nursery called Sharpless 29. Many astronomical phenomena can be seen in this widefield image, including cosmic dust and gas clouds that reflect, absorb, and re-emit the light of hot young stars within the nebula. The region of sky pictured is listed in the Sharpless catalogue of H II regions—interstellar clouds of ionized gas, rife with star formation. Also known as Sh 2-29, Sharpless 29 is located about 5,500 light-years away in the constellation of Sagittarius, next door to the larger Lagoon Nebula. It contains many astronomical wonders, including the highly active star formation site of NGC 6559, the reddish nebula at the center of the image.