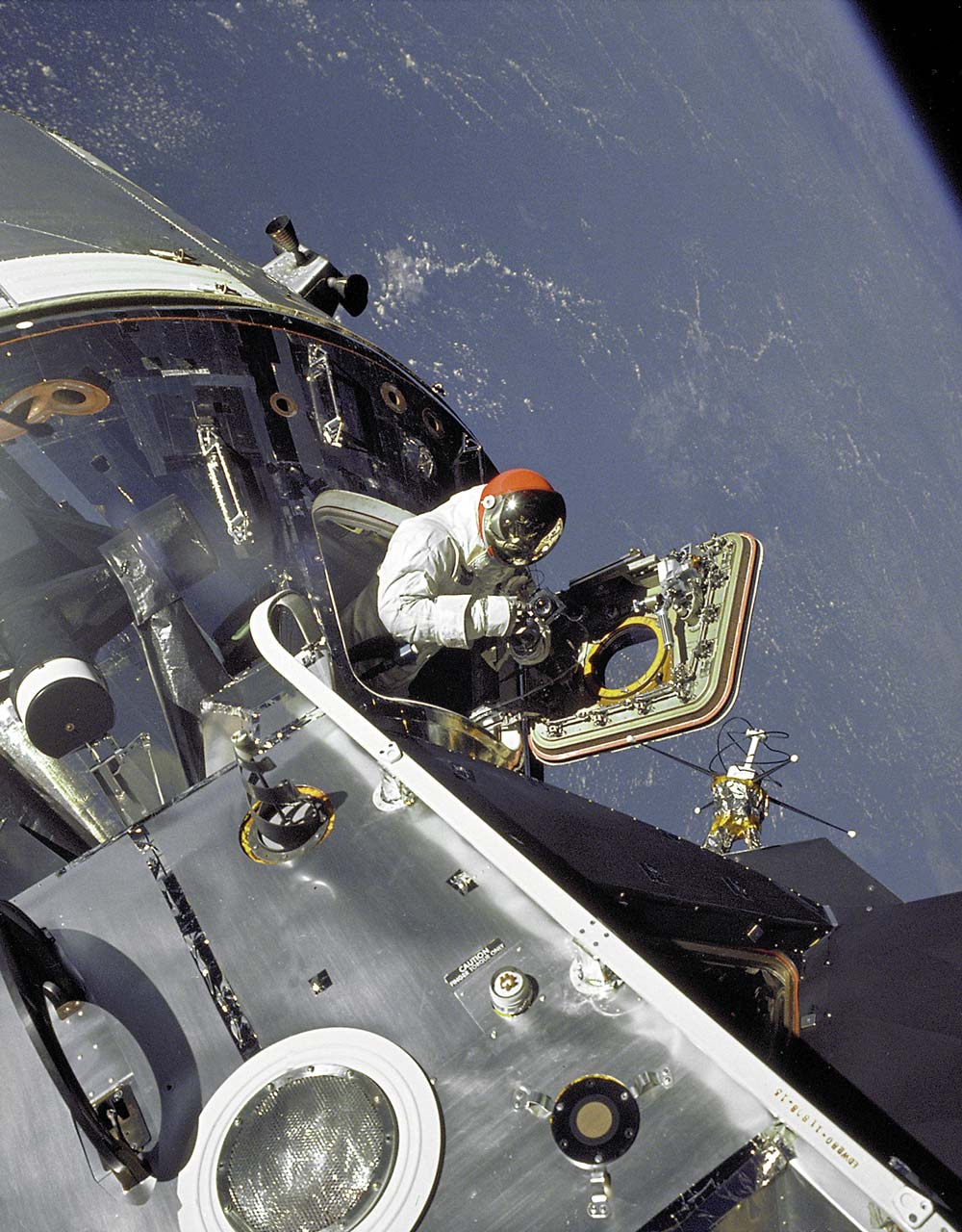 This Gumdrop Was a Lifesaver  Apollo 9 was an especially dangerous spaceflight, because for the first time, astronauts would fly in a spacecraft that was not designed to reenter Earth’s atmosphere. During this Earth-orbital mission launched 50 years ago this week, the Apollo 9 crew docked the Command/Service Module Gumdrop with the new Lunar Module Spider. The Lunar Module was only designed to operate in the vacuum of space, either in orbit or on the lunar surface. As such, it had no provision for reentering Earth’s atmosphere. Once Spider separated from Gumdrop, the two spacecraft had to rendezvous and redock successfully (which they did). In this image, Command Module pilot David Scott stands in the open hatch of the Gumdrop. In the foreground is the lunar module Spider.