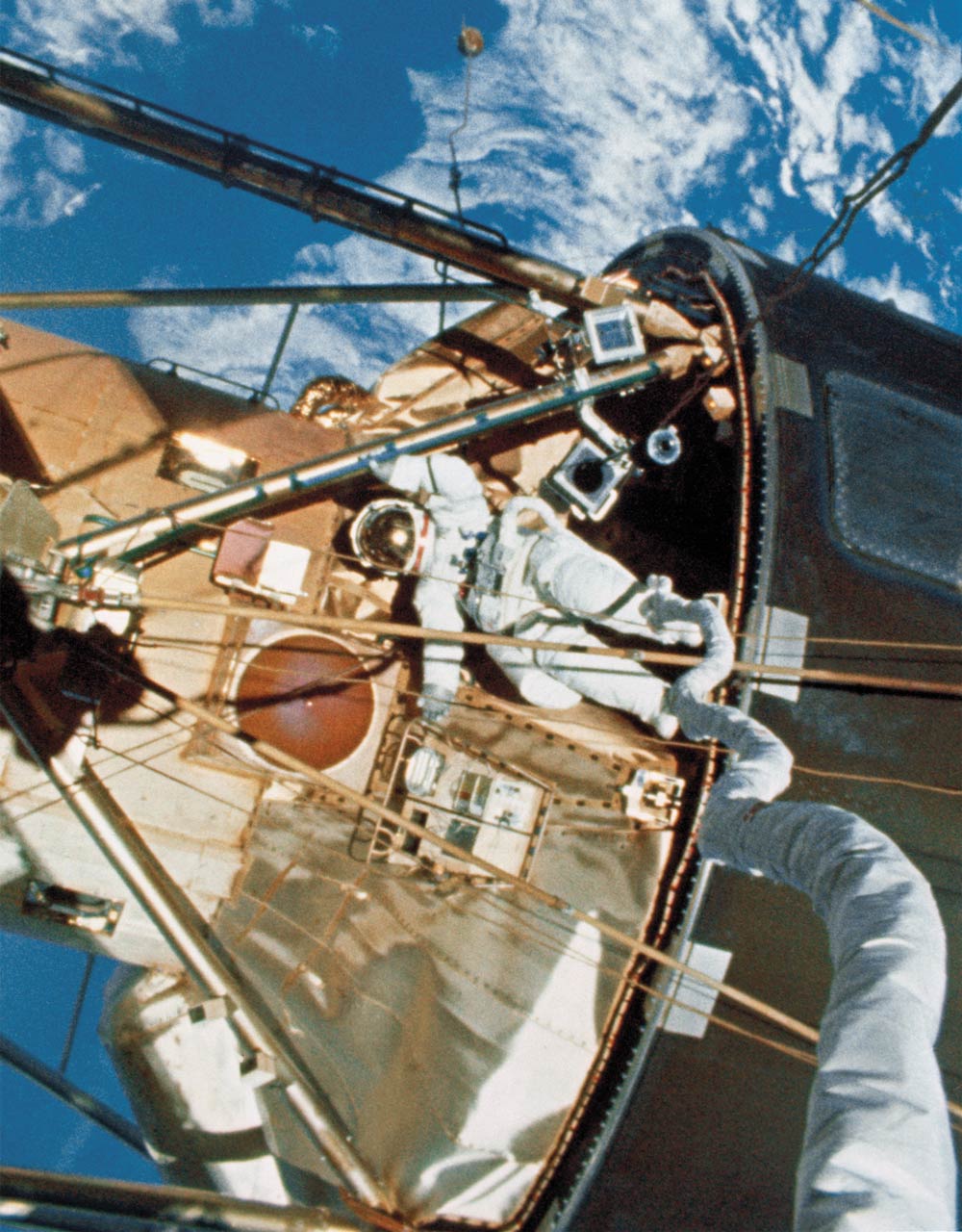 Twelve Weeks Without Weight  After orbiting Earth 1,214 times, the crew of the last Skylab mission returned to Earth 45 years ago this week. Astronauts Gerald Carr, William Pogue, and Edward Gibson (seen here during the mission’s final spacewalk) lived in a weightless environment on the orbiting space station for 12 weeks, longer than either of the previous two Skylab crews, but they came back in better health because they exercised significantly more than the other crews. The trio conducted thousands of experiments and took four spacewalks, including one to observe Comet Kohoutek. The cumulative effect of atmospheric drag caused the vacant space station to lose altitude. Ambitious plans to boost it to a higher orbit were never realized, and Skylab burned up in the atmosphere in 1979.