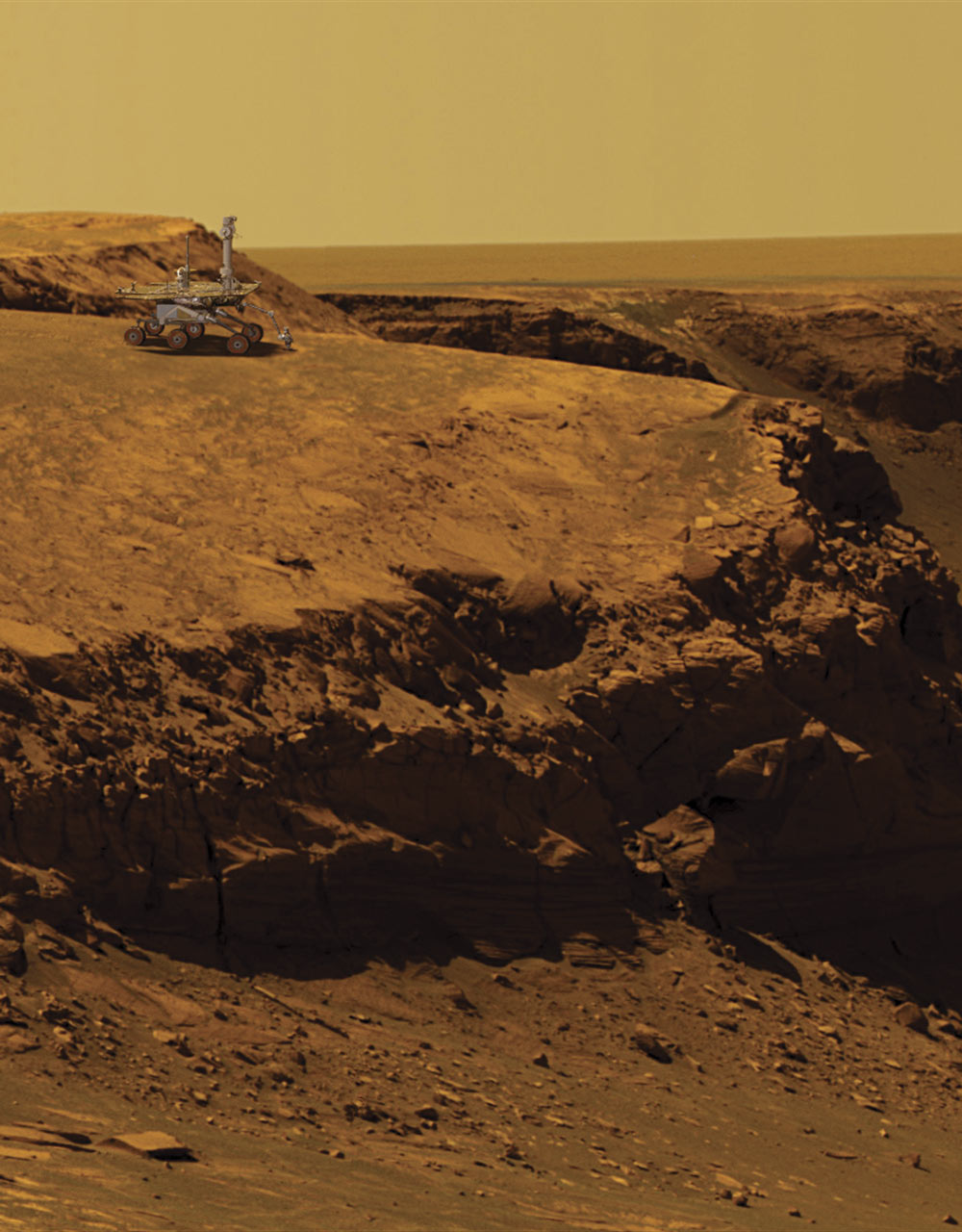 Amazing Opportunity  Fifteen years ago this week, the second of NASA’s twin robotic rovers, Opportunity, landed on Mars. Opportunity was expected to function for three months and travel a bit more than a kilometer on the Martian surface, but as of mid-2018, when contact with it was lost, Opportunity had set an extraterrestrial distance record of over 45 km (28 mi) on Meridiani Planum, where it found deposits of the mineral hematite that suggest that Mars had a wet past. Although it suffered from a stiff shoulder joint in its robotic arm and a build-up of dust on its solar panels, Opportunity's performance wildly exceeded expectations. Its twin rover, Spirit, operated until 2010. This image combines an artist’s concept of Opportunity (shown to scale) on the rim of the Victoria Crater, where the rover spent a year exploring.