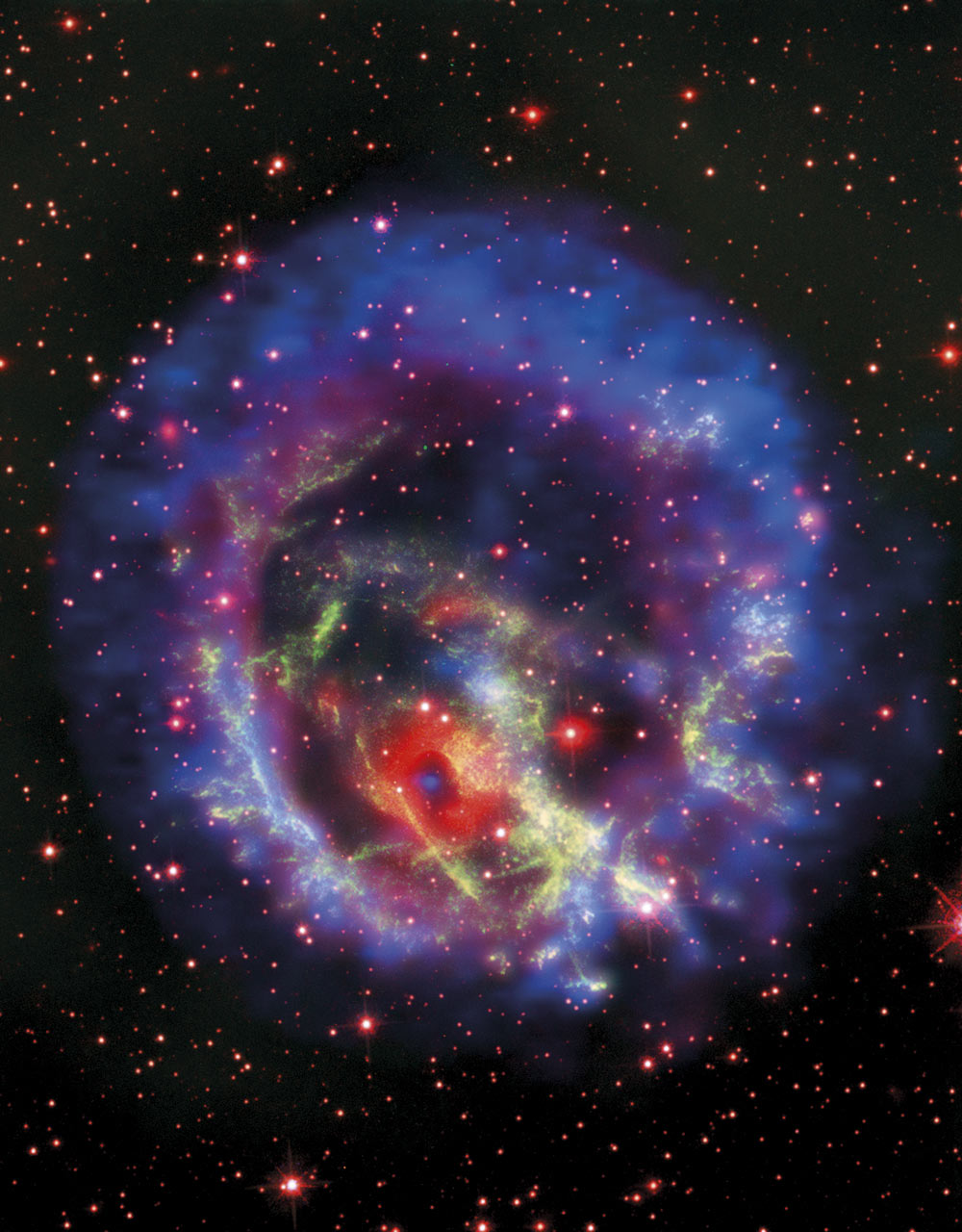 I See Dead Stars  This composite of both ground- and space-based images tells the story of the hunt for an elusive missing object hidden amid a complex tangle of gaseous filaments in the Small Magellanic Cloud, about 200,000 light-years away. Data from ESO’s Very Large Telescope in Chile has revealed a remarkable ring of gas (in red) in a system called 1E 0102.2-7219, expanding slowly within the depths of numerous other fast-moving webs of gas and dust left behind after a supernova explosion. At the center of the ring is a neutron star (blue dot), the remnant of the star that formed this tenuous object in an explosion, the light from which only reached Earth some 2,000 years ago. This stellar corpse shines brightly in X-ray wavelengths. Its location within the ring of gas identifies it as the star responsible for this larger structure.