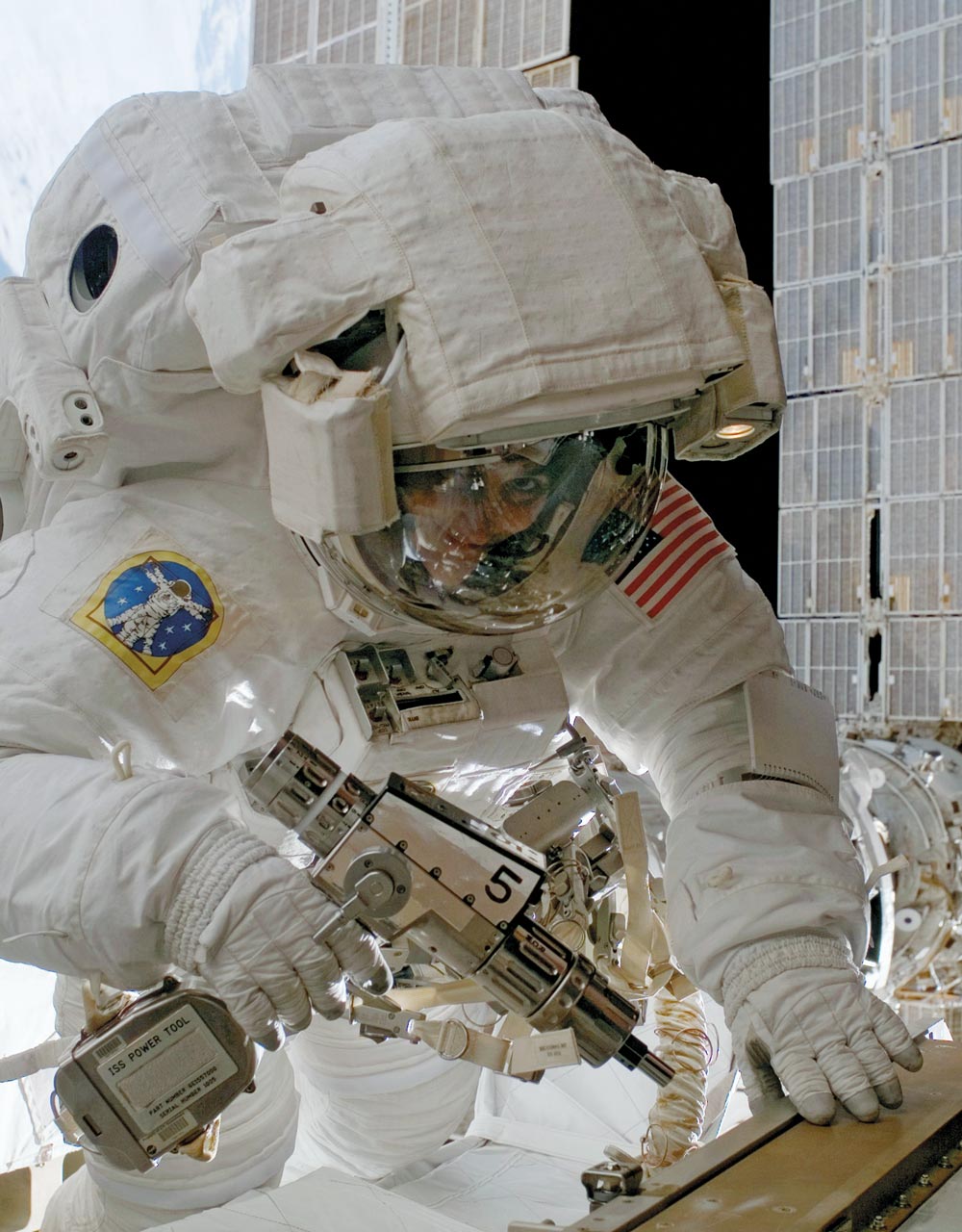 Pistol Packin’ Astronauts  The first power tool designed for use in space was demonstrated 55 years ago this week by Black & Decker. The power drill was similar to a regular home drill, with modifications to minimize reactive torque. This is essential in the weightless environment of space, where an unanchored astronaut would tend to rotate in the opposite direction of the spinning chuck while the drill bit remained motionless. Specially modified power tools, such as the pistol grip tool shown here, have become essential components of space repair missions. In this image from January 2007, astronaut Sunita Williams uses a pistol grip tool during the first of three assembly spacewalks that occurred over a nine-day period during the Expedition 14 mission to the International Space Station.