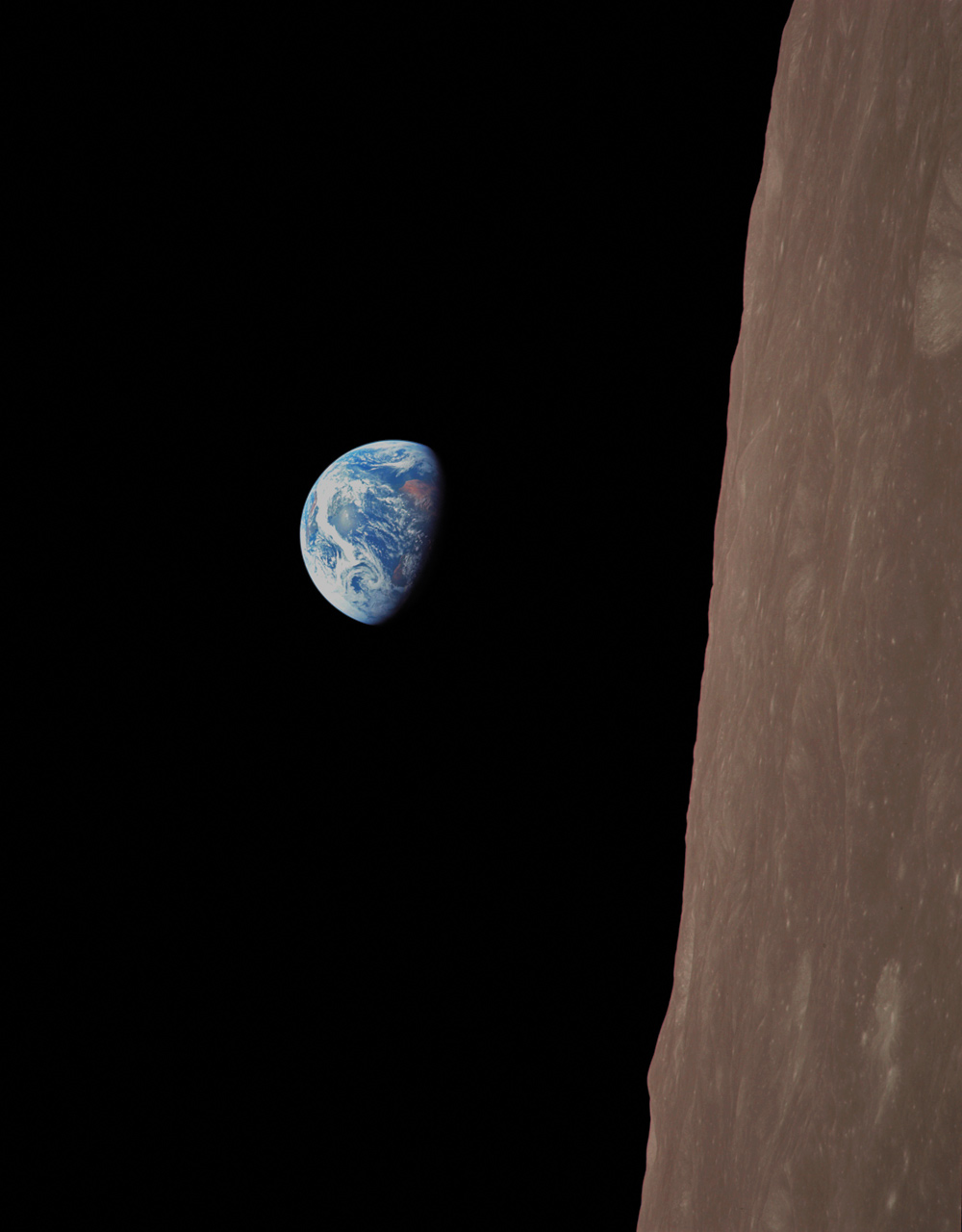 From the Earth to the Moon  The Apollo 8 crew made history by traveling farther from Earth than any humans before them. Launched on a Saturn V Moon rocket, astronauts Frank Borman, Jim Lovell, and Bill Anders were the first humans to escape Earth’s gravitational influence and travel around the Moon. Entering lunar orbit on the fourth day of their mission, the three astronauts provided the first live television images of the lunar surface. At the end of their second live telecast, the trio took turns reading the first ten verses of the Book of Genesis. That broadcast took place late on Christmas Eve (East Coast time) fifty years ago this week, and it was seen by an estimated one billion people around the world. During their ten orbits of the Moon, the crew witnessed ten spectacular Earthrises like this one.