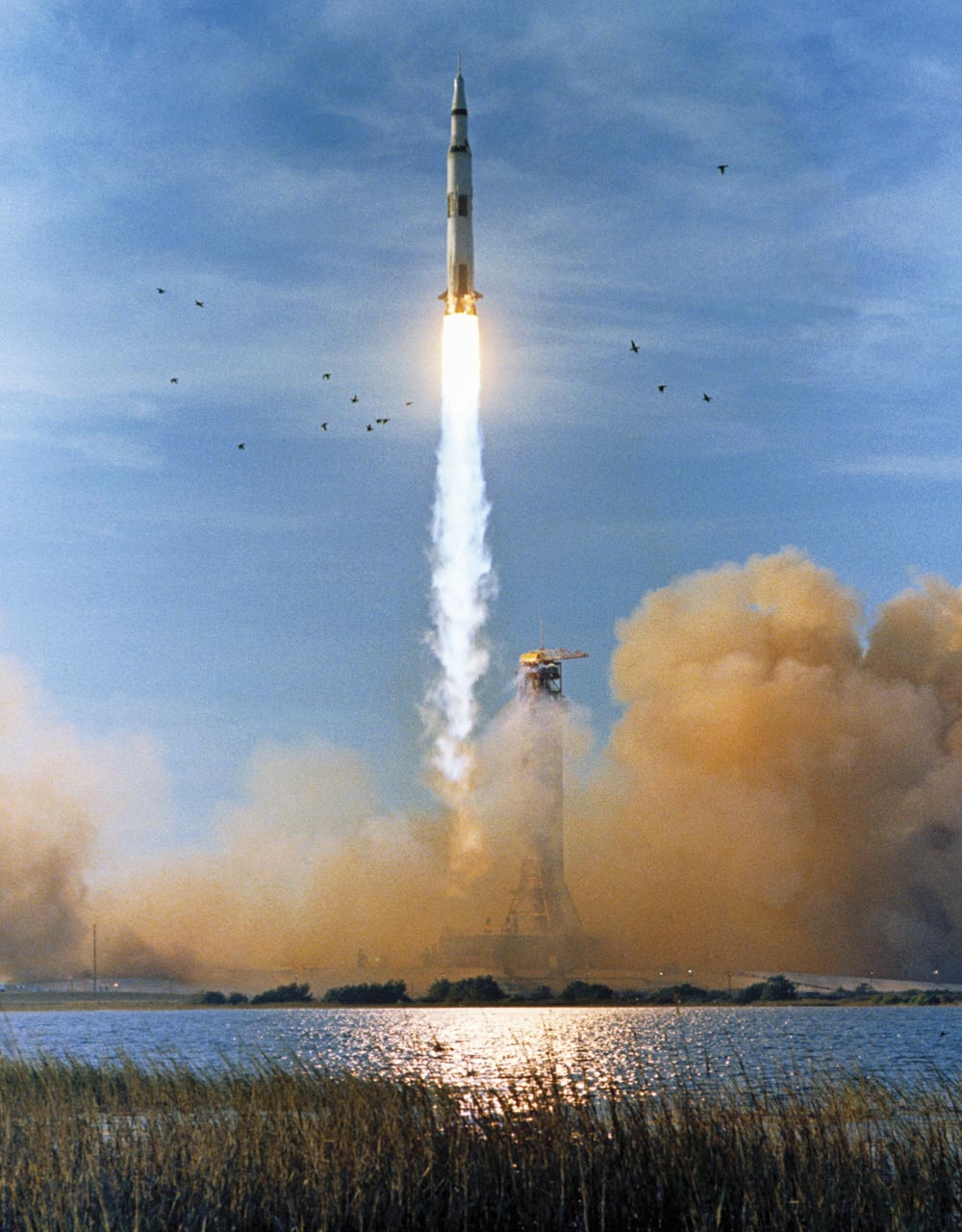 The Dream of Flight   From the windy sand dunes of Kitty Hawk, North Carolina, Orville Wright made the world’s first powered flight 115 years ago this week, a 12-second jaunt in a wood and canvas airplane that he and his brother, Wilber, had built. That historic flight was the realization of the age-old human quest to fly like birds through the ocean of air above us, to conquer the atmosphere that surrounds the Earth. This week also marks another milestone in human flight: the 50th anniversary of the launch of Apollo 8, the first human spaceflight around the Moon. From the breezy salt marshes of Merritt Island, Florida, a Saturn V rocket, the product of hundreds of thousands of workers, thundered aloft in the morning sky, startling a flock of birds—descendants of those we envied long ago.