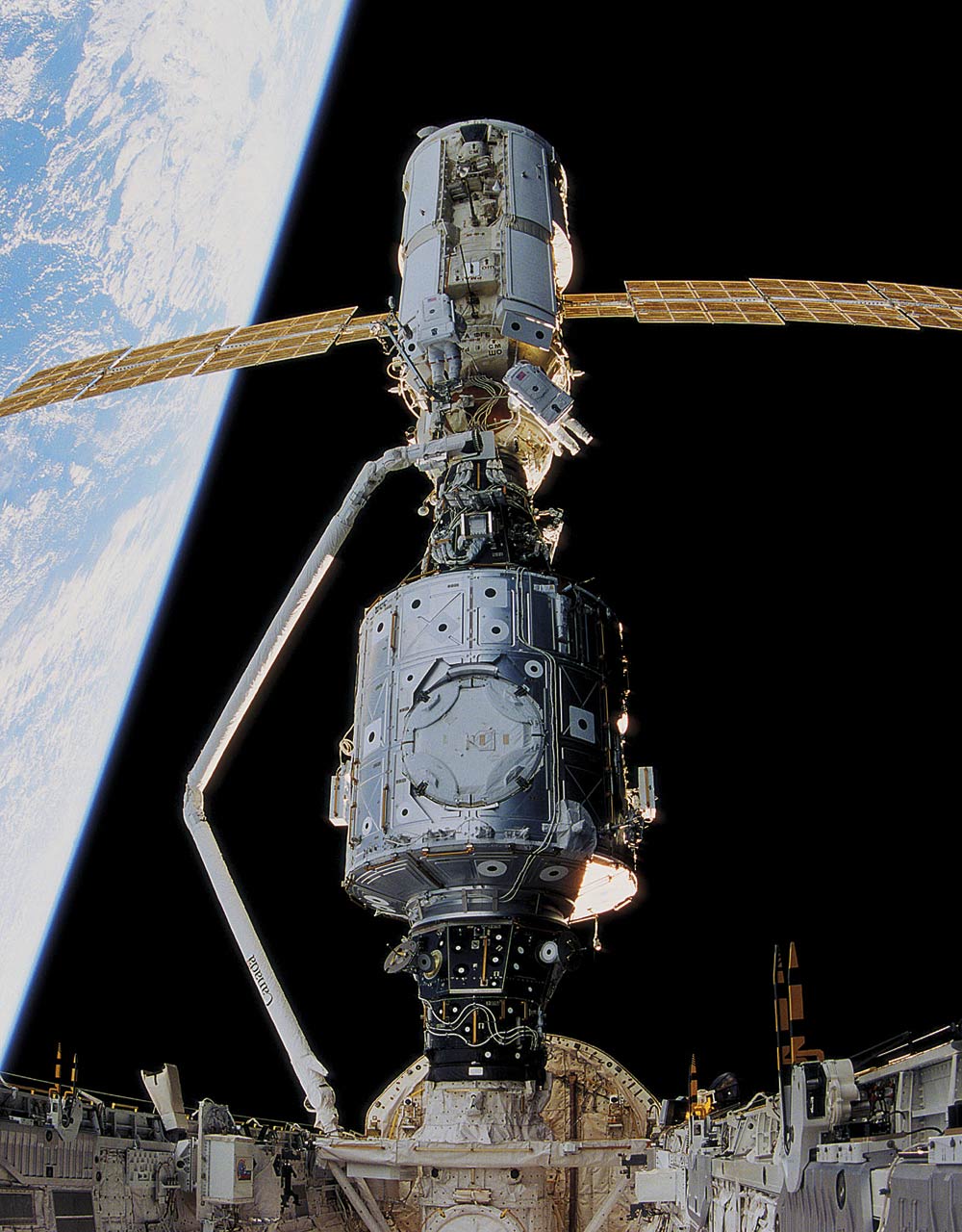 Construction Zone  Twenty years ago this week, astronauts completed the first construction assignment for the International Space Station. The unmanned Russian-built Functional Cargo Block, named Zarya (Russian for “sunrise”), had been in orbit for two weeks, awaiting the arrival of the U.S.-built Unity connecting module. One day after their launch, the crew of STS-88, using the shuttle’s robot arm, unpacked Unity from Endeavour’s cargo bay and mounted it to the shuttle’s docking system. Then, again using the robot arm, Zarya was plucked from orbit and mated to Unity. Afterward, a series of three spacewalks by astronauts Jerry Ross and Jim Newman (both visible at the end of the robot arm in the image above) attached exterior cables, connectors and handrails to the newest outpost in space.