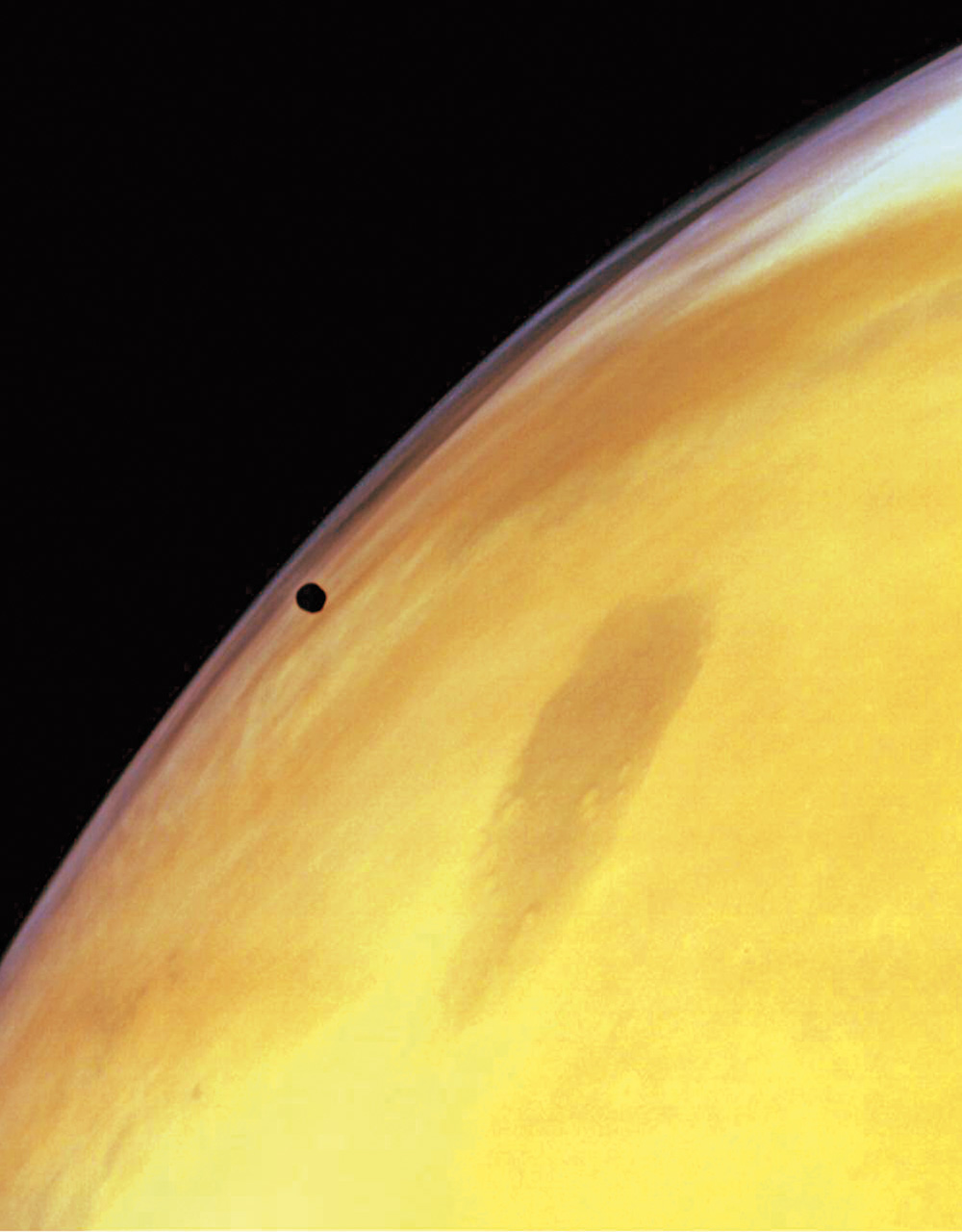 New Eyes over Mars  The India Space Research Organization launched its first interplanetary mission five years ago this week. The Mars Orbiter Mission (MOM), also known as Mangalyaan, was launched by India’s Polar Satellite Launch Vehicle and took 298 days to travel to the Red Planet. ISRO is the fourth space agency to reach Mars (after the Soviet space program, NASA, and the European Space Agency). MOM is a demonstrator project to develop the technologies for designing, planning, managing, and operating an interplanetary mission. It also carries five instruments that are advancing knowledge about Mars in support of its secondary scientific objective. Seen in this MOM image, Phobos, one of the two natural satellites of Mars, is silhouetted against the Martian surface.