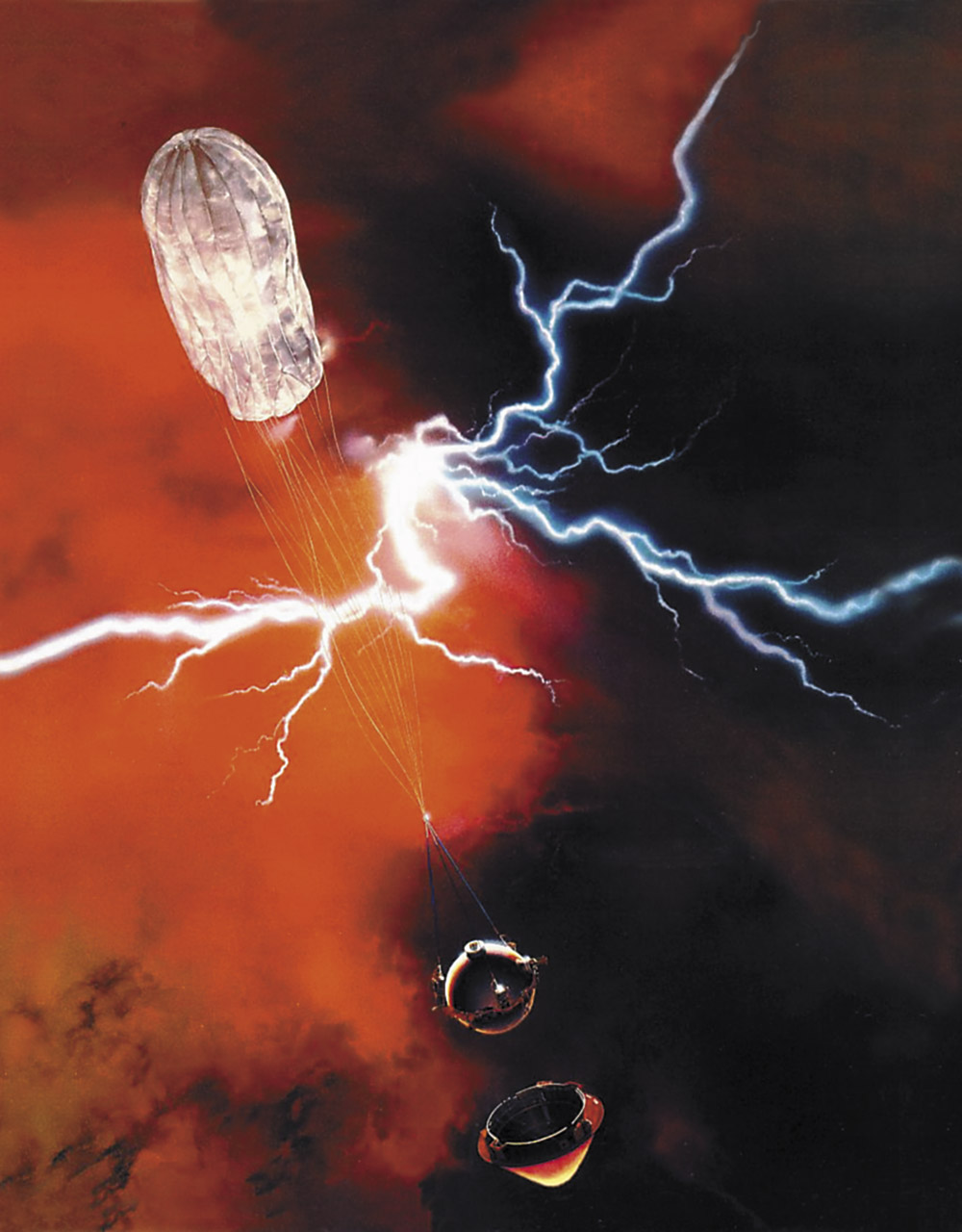 Just Dropping In  The Pioneer Venus Multiprobe was one of two spacecraft that comprised NASA’s 1978 Pioneer Venus mission.  Launched 40 years ago this week, the Multiprobe was a spacecraft bus that ferried one large and three small atmospheric probes to Venus. Released from the mother ship three weeks before their arrival at Venus, all four probes entered the atmosphere on December 9, 1978. All the probes had aerodynamic shells to protect them during their descent through the atmosphere, but only the large probe, illustrated above, was equipped with a parachute. During their brief working lives, the four probes returned important data about the temperature, pressure and composition of the atmosphere of Venus. Surprisingly, one of the small probes survived impact and functioned on the surface for an hour.