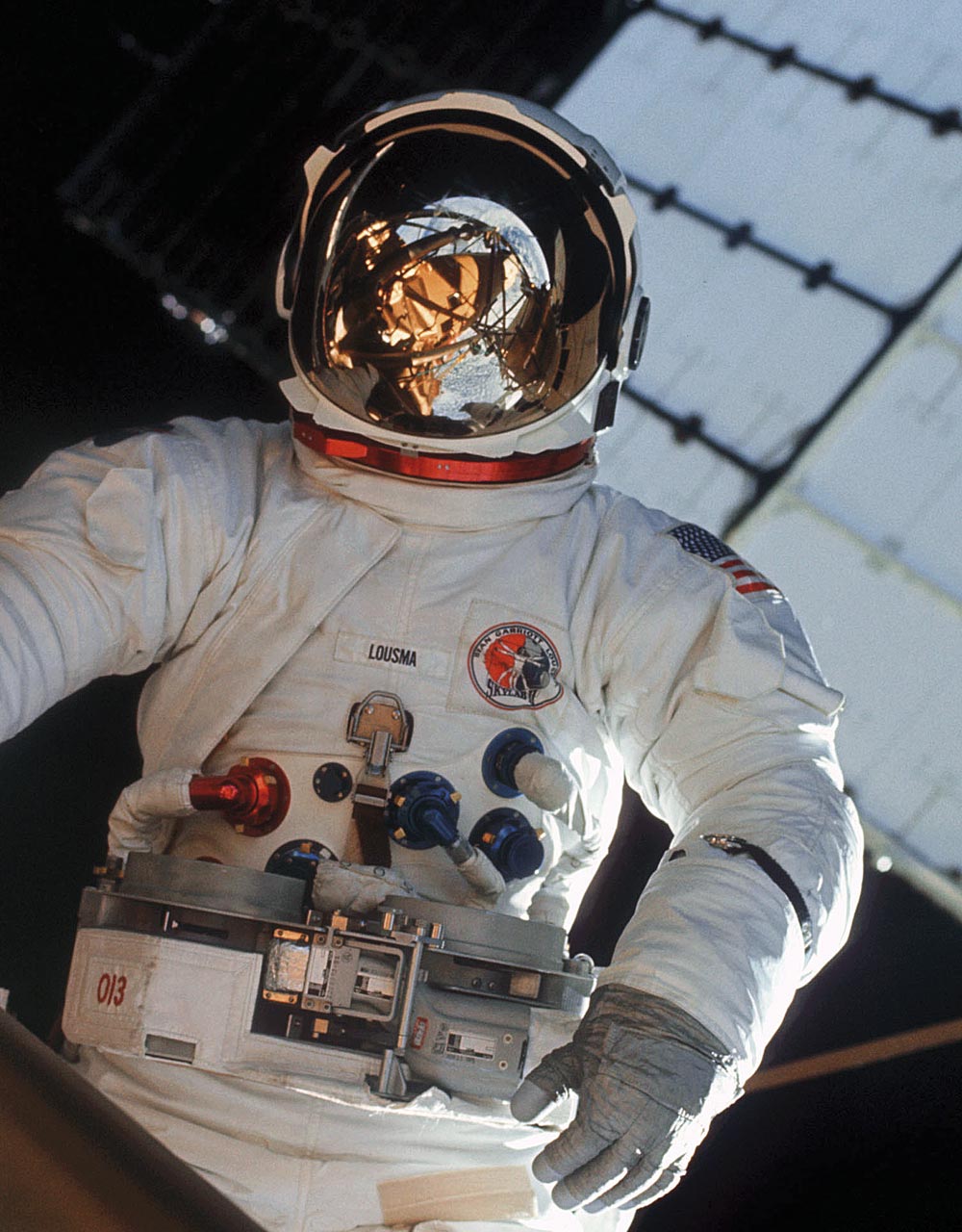 More Records, More Repairs  The second crew to visit Skylab left Earth 45 years ago this week. Astronauts Owen Garriott, Jack Lousma and Alan Bean caught up with the orbiting space station just eight hours after launch. They quickly transferred into Skylab, and after a few days of motion sickness, the crew was able to perform more repairs and maintenance on the space station, which had already been put into habitable shape by the first Skylab crew in May. In the photo above, astronaut Jack Lousma is shown after he and crewmate Owen Garriott deployed a second sun shade to help stabilize the internal temperature of the space station. During their 59 days in space (which set a new record for space endurance), the three astronauts spent a then-record 13 hours and 44 minutes outside the space station.