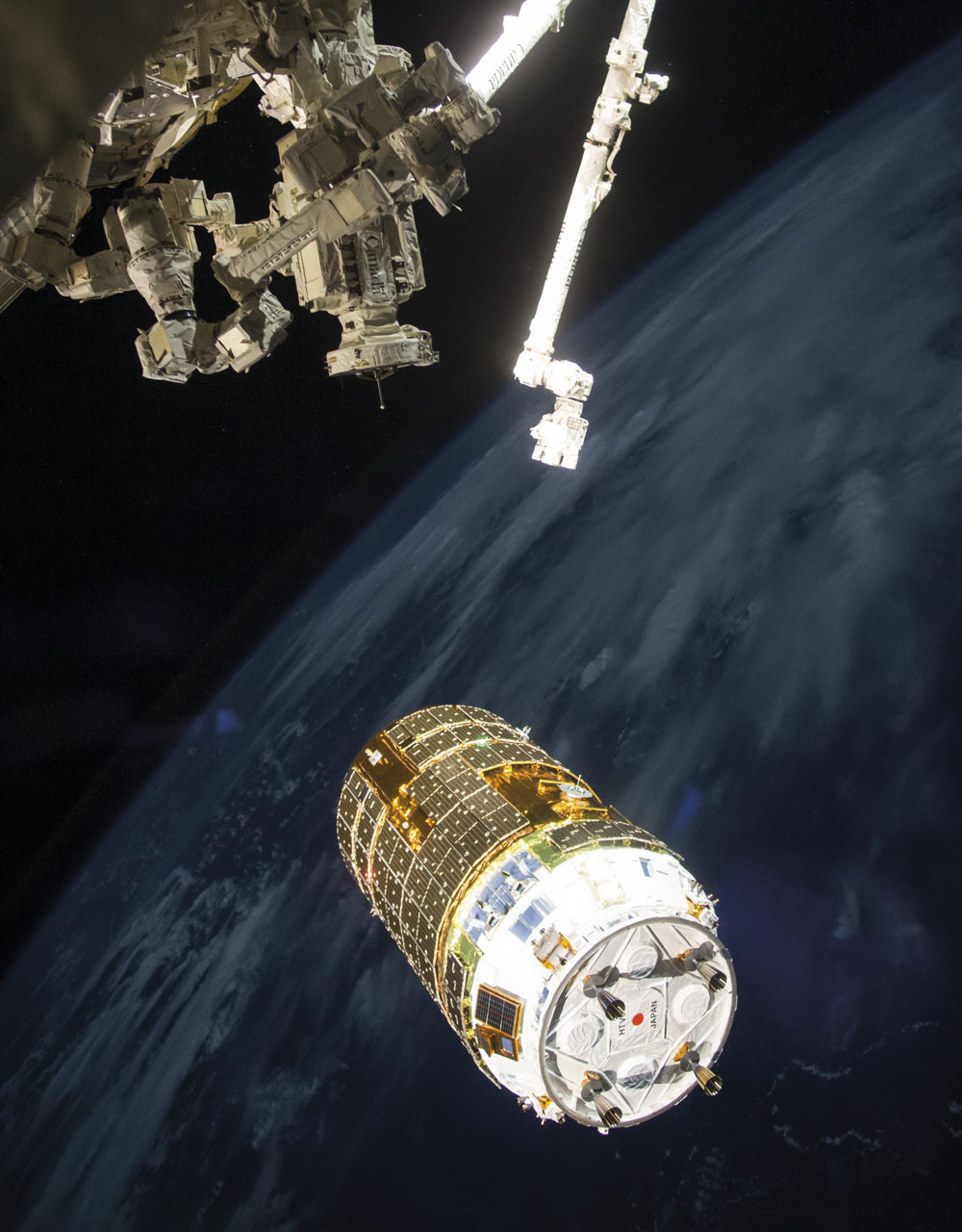 Supply Run  The Japanese HTV-6 cargo vehicle is seen here on final approach to the International Space Station. HTV-6 launched from the Tanegashima Space Center in Japan on December 9, 2016, and arrived at the ISS four days later. The uncrewed vehicle held 4.5 tons of supplies for the six-person ISS crew, including water, spare parts, experiment hardware, and six new lithium-ion batteries that replaced 12 older nickel-hydrogen batteries used on the ISS to store electrical energy generated by the station’s solar arrays. Seen here, the ISS’s robot arm, Canadarm2, is ready to grapple HTV-6 prior to berthing it to the station. Also visible is the Special Purpose Dextrous Manipulator, another station robot. Later, after HTV-6 was filled with ISS trash, it undocked from the station and burned up during re-entry.