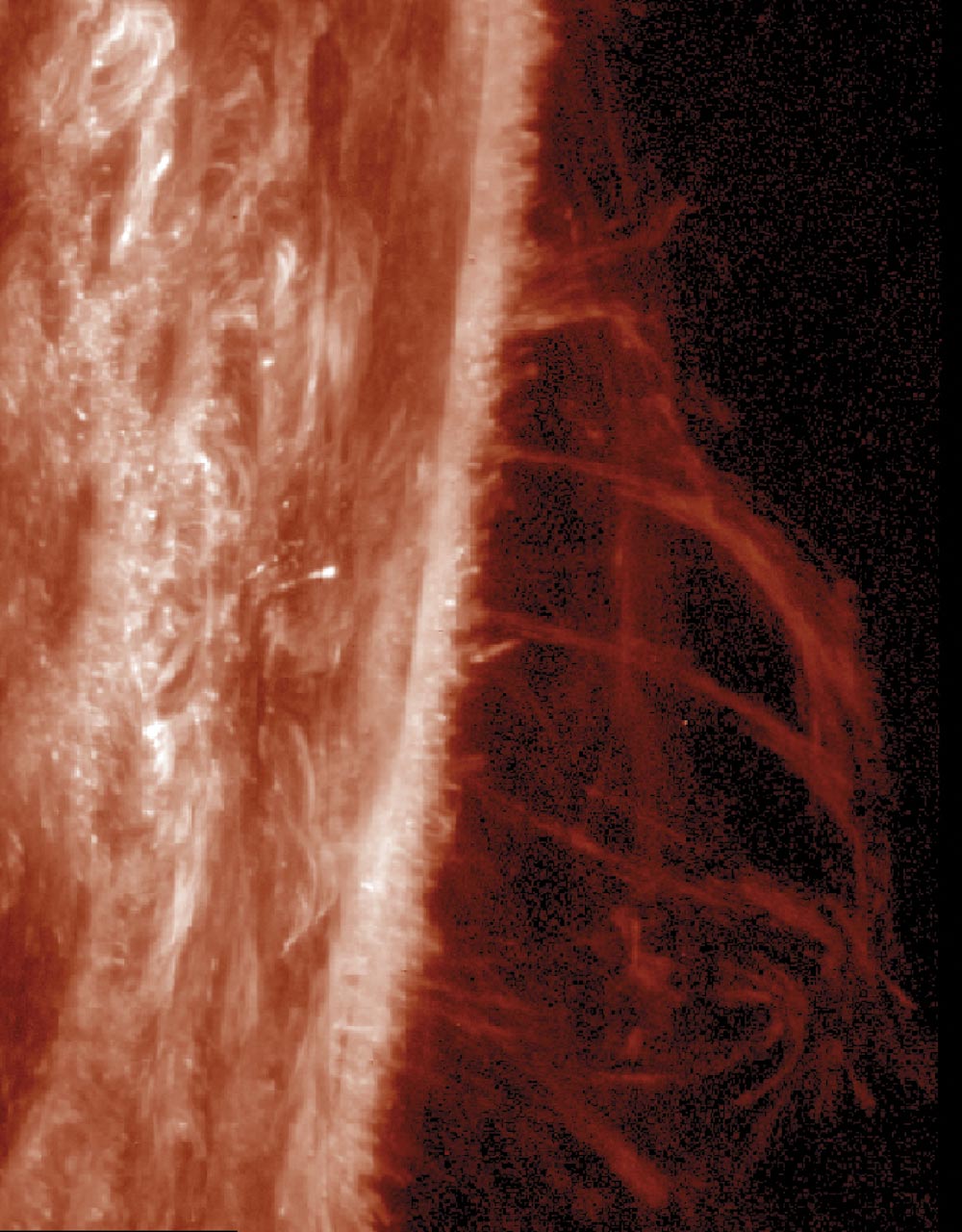 IRIS Eyes the Sun  While it seems static from our vantage point on Earth 93 million miles away, the Sun is constantly changing. Under the influence of complex magnetic forces, material moves throughout the solar atmosphere and can burst forth in massive eruptions. NASA’s Interface Region Imaging Spectrograph, or IRIS, tracks how energy and heat courses through a little understood region of the solar atmosphere called the interface region, the lower levels of the sun’s atmosphere. The solar observatory was launched five years ago this week for a prime mission of two years, but the mission has been extended through September 2018, with further extensions possible. In this photo, taken just before IRIS completed its 10,000th orbit, IRIS captured several large solar prominences on the edge of the Sun.