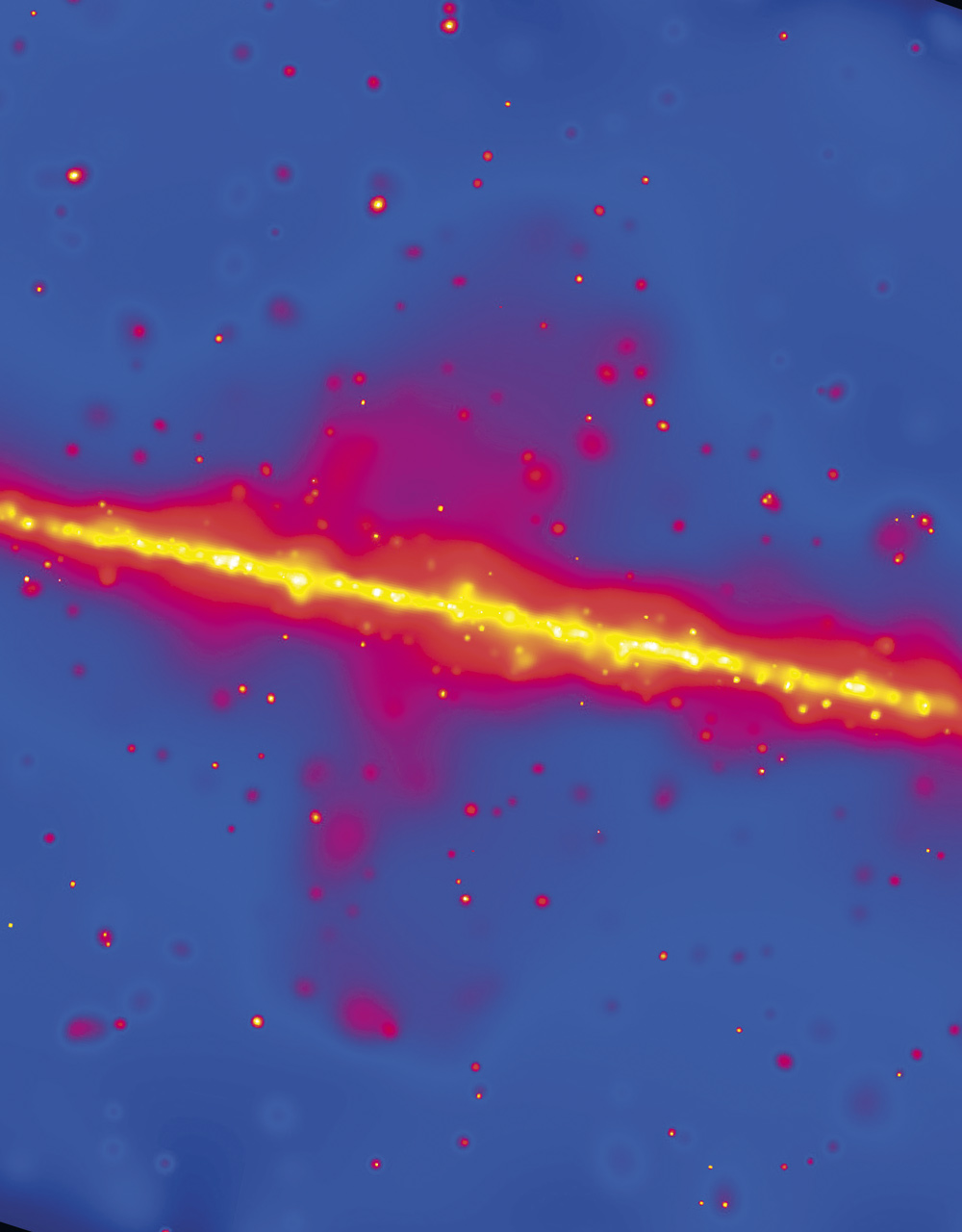 Gathering Gamma Rays  Gamma rays are the highest energy form of light, even higher than X-rays, with about 100,000 times the energy of visible light. This short-wavelength radiation is blocked by Earth’s atmosphere, so the only way to observe it is with space-based observatories. The Fermi Gamma-ray Space Telescope, launched ten years ago this week, studies events such as Gamma-ray Bursts (GRBs), sudden and mysterious outbursts that can, in just a few seconds, emit 100 times the energy that the Sun will produce over its entire 10 billion-year lifetime. Fermi also studies blazars, neutron stars, gamma-ray background radiation, supernova remnants, dark matter, and more. This gamma-ray map of the Milky Way’s center shows the two opposing high-energy bubbles that Fermi first detected in 2010.