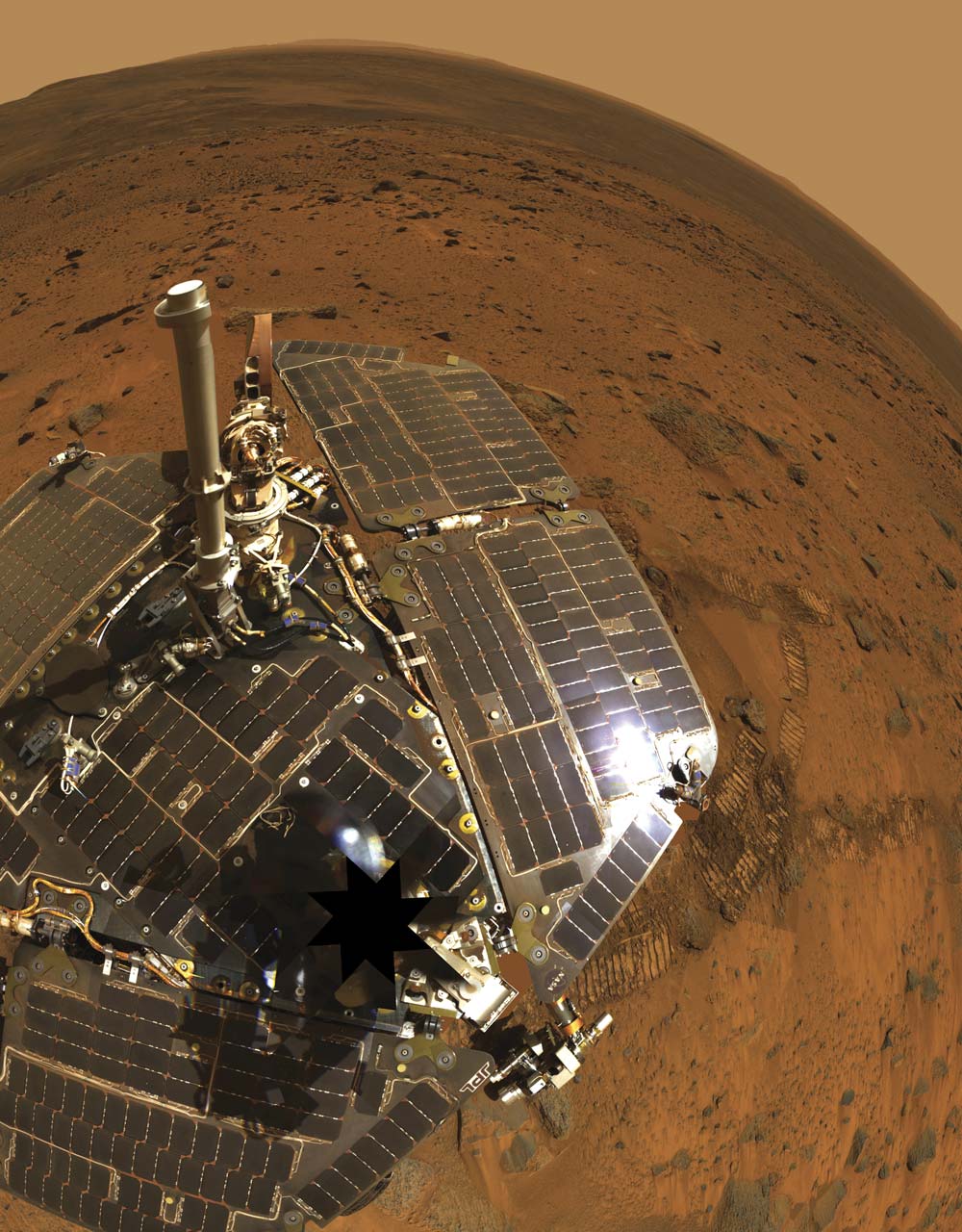 Spirit Self-Portrait  This bird’s-eye view combines a self-portrait of the spacecraft deck and a panoramic mosaic of the Martian surface as viewed from the top of Husband Hill by the Mars rover Spirit, which was launched 15 years ago this week. Originally designed to operate for just three months on the Martian surface, Spirit, like its sibling rover, Opportunity, far exceeded its warranty. Spirit worked for over five years, about 20 times longer than planned, and traveled 7.73 kilometers (4.8 mi) before getting mired in an unnavigable mix of sand and rock in early 2009. Unable to orient its solar panels, Spirit eventually lost power and stopped communicating in 2010. Despite its unfortunate end, Spirit was a prolific explorer, uncovering minerals that indicate Mars once had abundant liquid water..