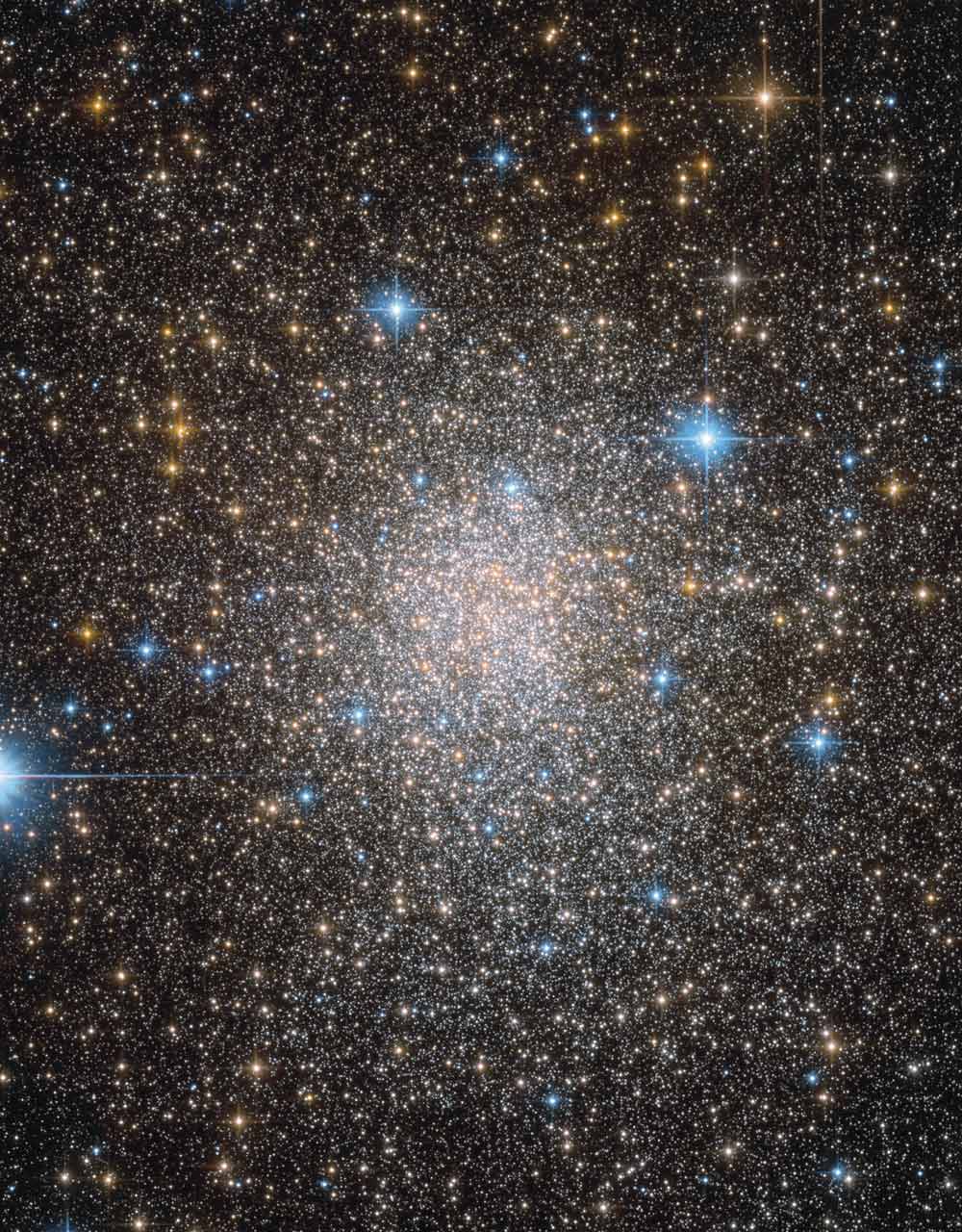 Fossil of the Milky Way  Located 19,000 light-years from Earth, Terzan 5 has been classified as a globular cluster since its detection in 1968, but a couple of odd facts set this cluster apart. Astronomers have found evidence that it contains two distinct kinds of stars that differ not only in the elements they contain, but also in how old they are: some of the stars are 4.5 billion years old, while others are 12 billion years old.  In order to have enough material for two such distinct periods of star birth, Terzan 5 must have originally been enormously massive, perhaps 100 million times the mass of the Sun. These characteristics, along with Terzan 5’s location near the central bulge of the Milky Way, lead astronomers to theorize that Terzan 5 may be a living fossil from the formation of our galaxy.