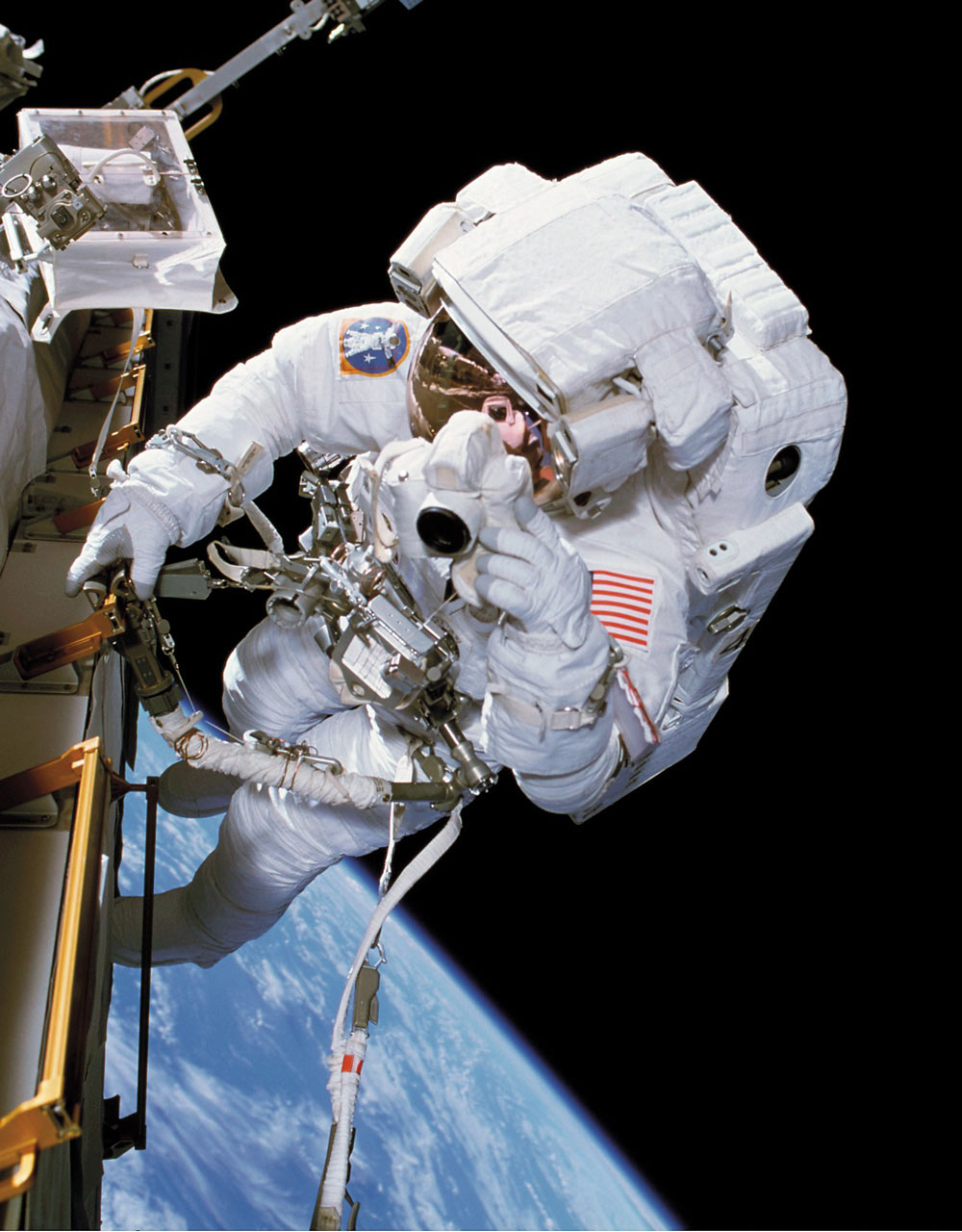 Start of the Skeleton Crew  When the three members of Expedition 6 crew—Kenneth Bowersox, Nikolai Budarin, and Donald Pettit (seen here during a spacewalk)—departed the International Space Station 15 years ago this week, it marked the start of a three-year period during which the ISS was maintained primarily with a skeleton crew of two, instead of the usual three. The reason for this downsizing was that after the space shuttle Columbia was destroyed during re-entry in February 2003, NASA’s space shuttle fleet was indefinitely grounded, leaving crew transportation and resupply solely in the hands of the Russians and their smaller Soyuz and Progress spacecraft. Crew sizes increased again when the shuttle began ferrying Expedition crew members to the ISS in 2006..