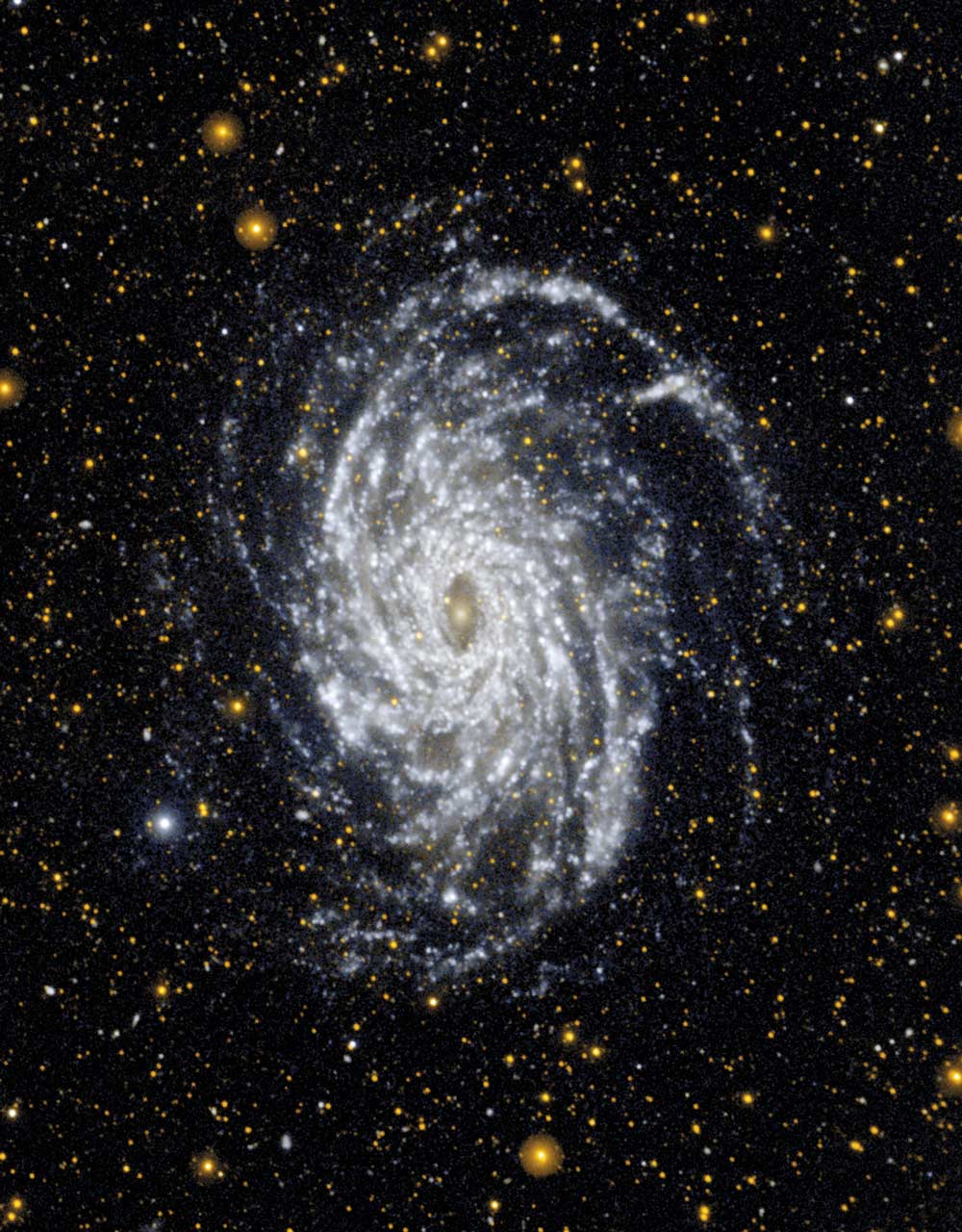 GALEX Galaxies Galore  Fifteen years ago this week, the Galaxy Evolution Explorer (GALEX) ultraviolet space telescope was launched into orbit. For ten years, until it was decommissioned in 2013, GALEX measured the history of star formation in the universe, going back as far as ten billion years. One objective was to observe hundreds of thousands of galaxies and determine how far away each galaxy is from Earth and how fast stars are forming in each galaxy. Seen here is NGC 6744, one of the galaxies most similar to our Milky Way in the local universe. This ultraviolet GALEX view highlights the vast extent of the fluffy spiral arms, and demonstrates that star formation can occur in the outer regions of galaxies. NGC 6744 is in the constellation Pavo and is about 30 million light-years away.