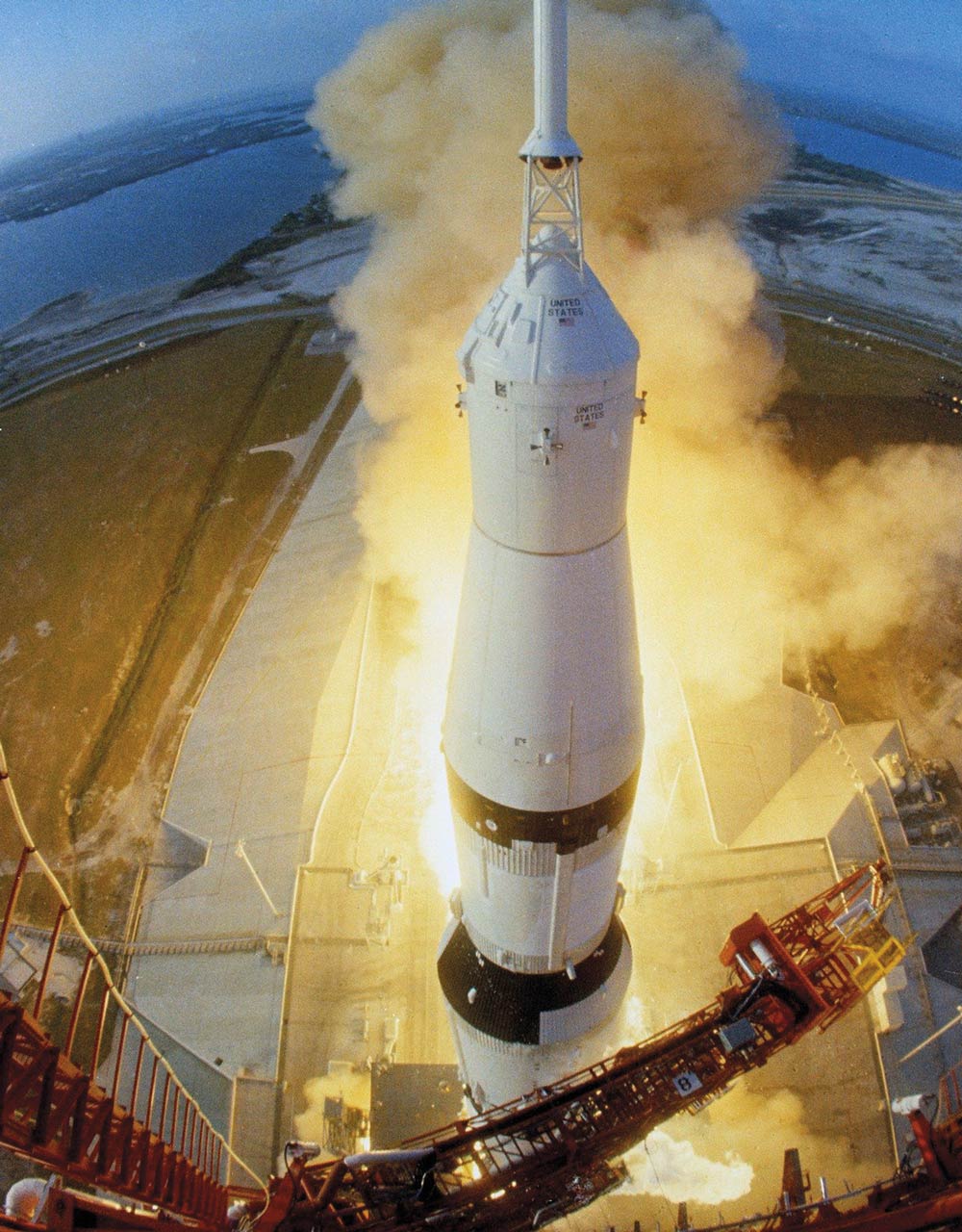 Moon Rocket Redux  Apollo 6, the second uncrewed test flight of the mighty Saturn V Moon rocket, lifted off fifty years ago this week. The mission aimed not only to test the launch vehicle’s capabilities, but also to send the combined Command / Service Module partly on its way to the Moon, then abruptly reverse direction and return to Earth. This maneuver would simulate an in-flight abort as well as test the ability of the Apollo capsule to withstand the high-speed reentry expected when crews actually returned from the Moon. In flight, the Saturn V experienced some engine oscillations and other anomalies that required changes to the mission plan, but overall Apollo 6 was so successful that NASA decided that the next Saturn V flight, Apollo 8, would carry a crew of three astronauts into lunar orbit.