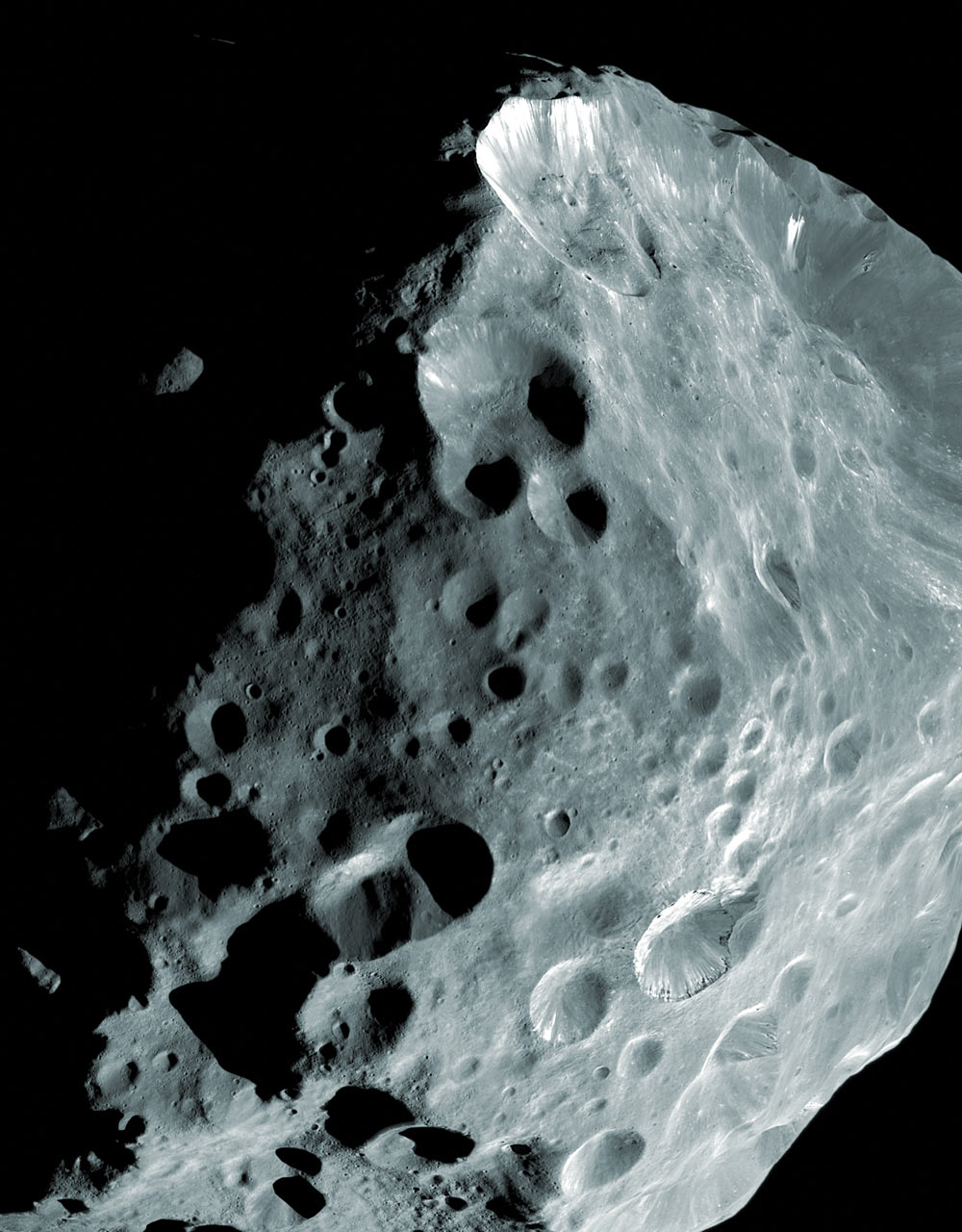 Discoveries, Near and Far  Astronomer Walter Baade, born 125 years ago this week, made discoveries not only on a galactic scale, but also much closer to home. Baade was the first person to photograph individual stars in the central region of the Andromeda galaxy, and his photos revealed a population of older, redder stars, quite different from the young, bright blue stars in the spiral arms observed by Edwin Hubble. Baade applied Hubble’s calculations to these dimmer, older stars and determined that Andromeda—and many other galaxies—was about twice as far away as previously thought. In addition, Baade discovered the first minor planet of the Centaur class, whose members cross the orbit of the giant planets. Saturn’s moon Phoebe, shown here, is thought to be a captured Centaur.