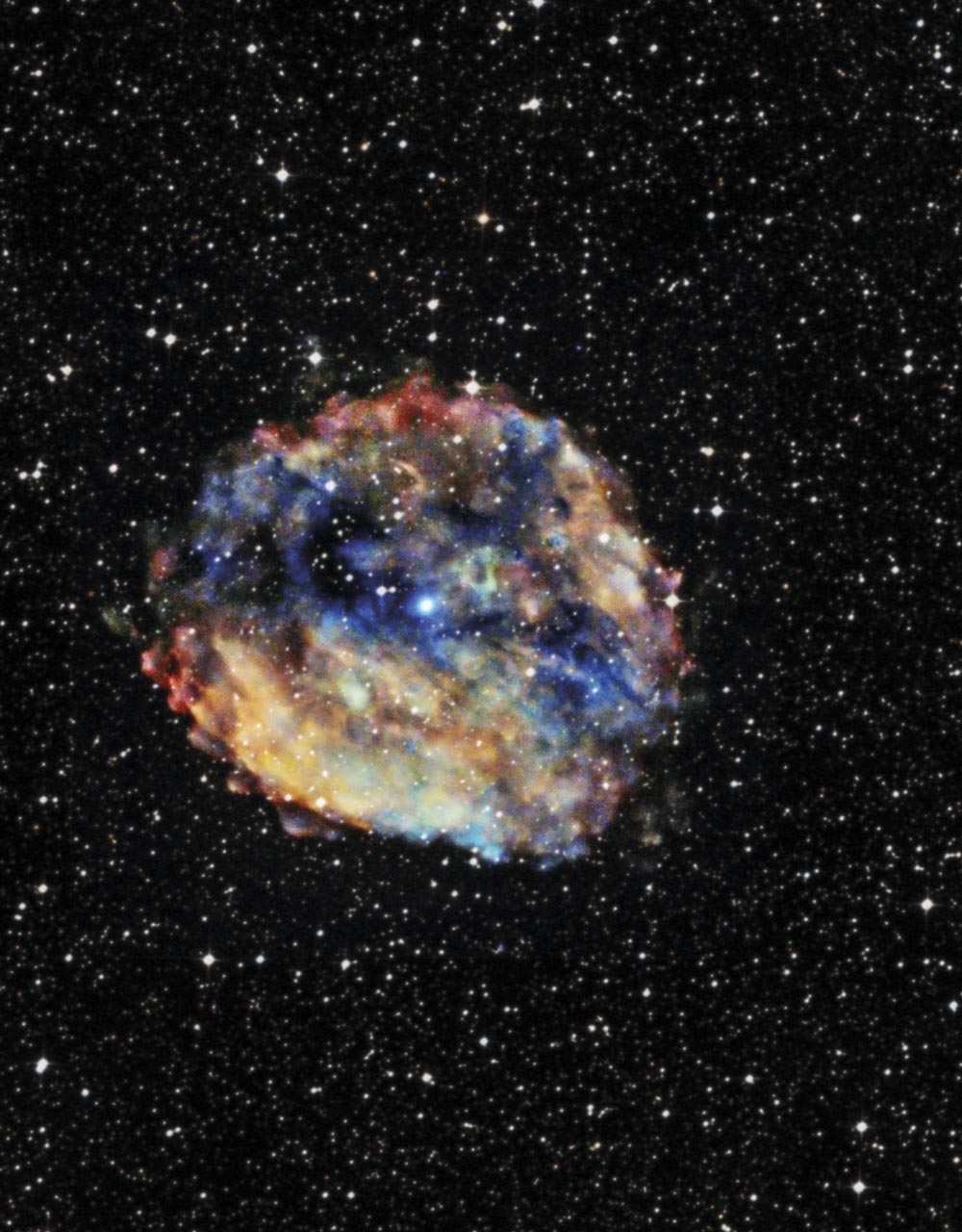 Little Green Men?  Fifty years ago this week, the discovery of an entirely new class of astronomical objects was announced. Jocelyn Bell, a graduate student at Cambridge University, was using a radio telescope to map the location of twinkling quasars when she came across a distant source of unusually regular radio waves—so regular, in fact, that she jokingly dubbed it “LGM” because it might have been produced by Little Green Men. In reality, she had been the first to observe a pulsar, a rapidly spinning neutron star that emits a beam of energy much like a lighthouse. Numerous pulsars have been discovered since then, including 1E 1613, located within the supernova remnant RCW 103, about 9,000 light years away. At nearly seven hours between pulses, 1E 1613 is the slowest spinning pulsar known.