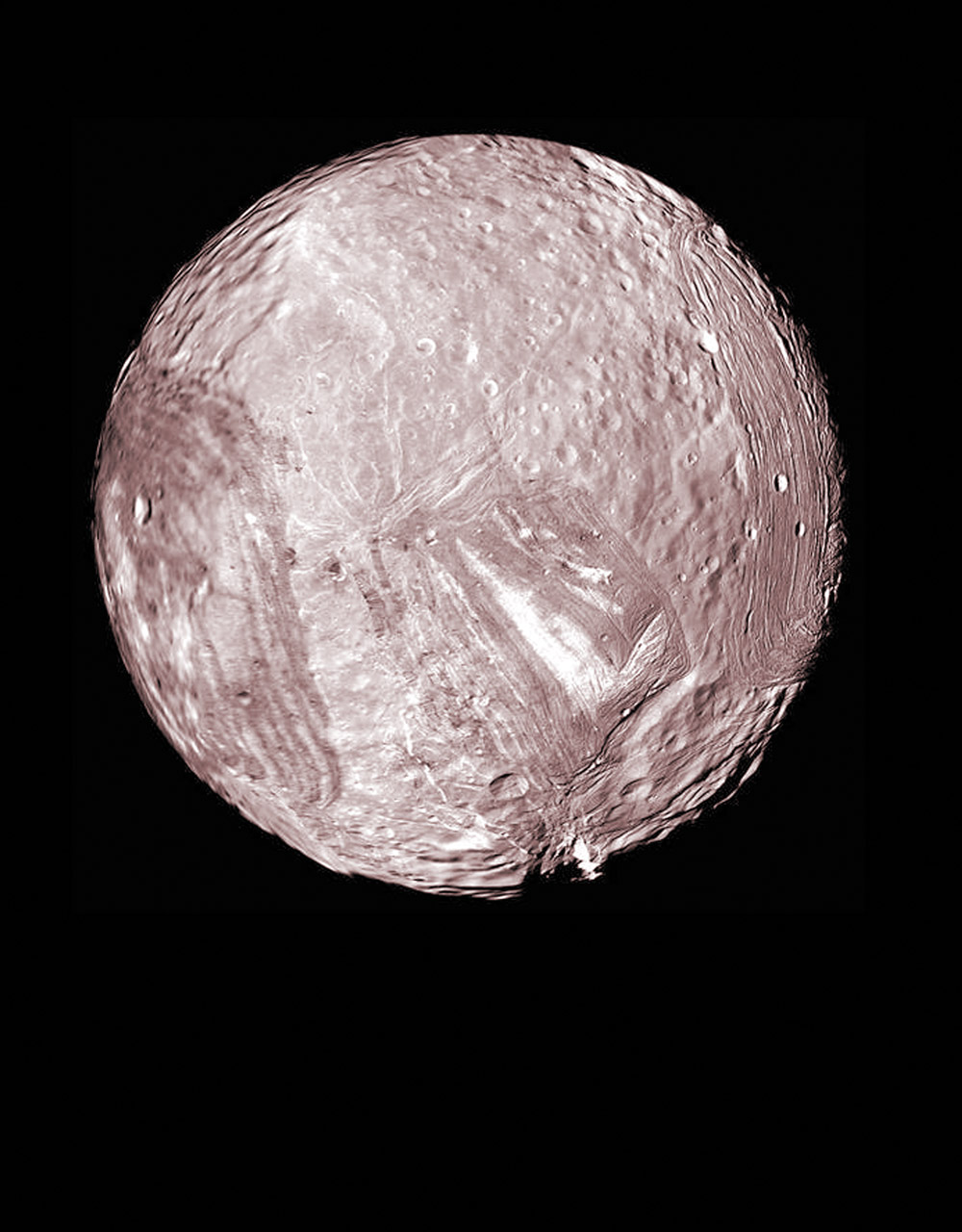 Inside-Out Miranda   Scarred by giant faults and steep canyons far too large and deep for such a small body, Miranda, the fifth largest moon of Uranus, was discovered seventy years ago this week by Gerard Kuiper. It wasn’t until 1986, when Voyager 2 swung past Uranus on its way to Neptune, that astronomers on Earth got a close view of this geologically tortured world. Miranda’s odd surface hints at a complicated past: heavily cratered rolling plains lie next to grooved and ridged terrain; canyons as deep as 20 km (12 mi) scar the tiny moon, which is only 470 km (293 mi) in diameter; and some of Miranda’s surface appears to be its churned-out interior, frozen solid before it had a chance to reform into a more “normal” body. Voyager 2 took this mosaic of Miranda during its 1986 flyby.