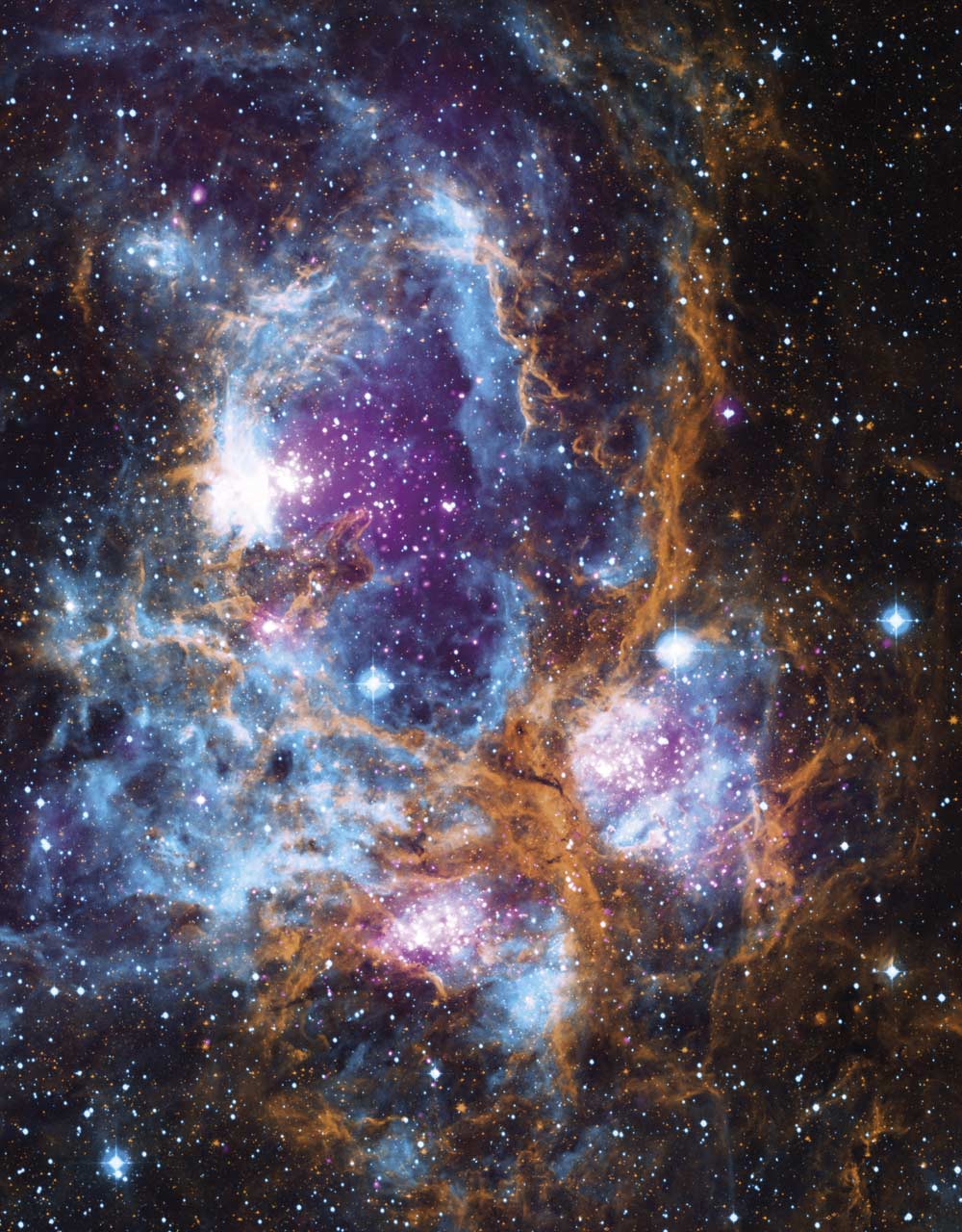 Cosmic Winter Wonderland  Although there are no seasons in space, this cosmic vista invokes thoughts of a frosty winter landscape. It is, in fact, a region called NGC 6357, where radiation from hot, young stars is energizing the cooler gas in the cloud that surrounds them. Located in our galaxy about 5,500 light years from Earth, NGC 6357 contains at least three clusters of young stars, including many hot, massive, luminous stars. The X-ray data (purple) reveal hundreds of point sources, which are the young stars, as well as diffuse X-ray emission from hot gas. Also visible are bubbles, or cavities, that have been created by radiation and material blowing away from the surfaces of massive stars, plus supernova explosions. Infrared data is shown in orange, and optical wavelengths appear as blue.