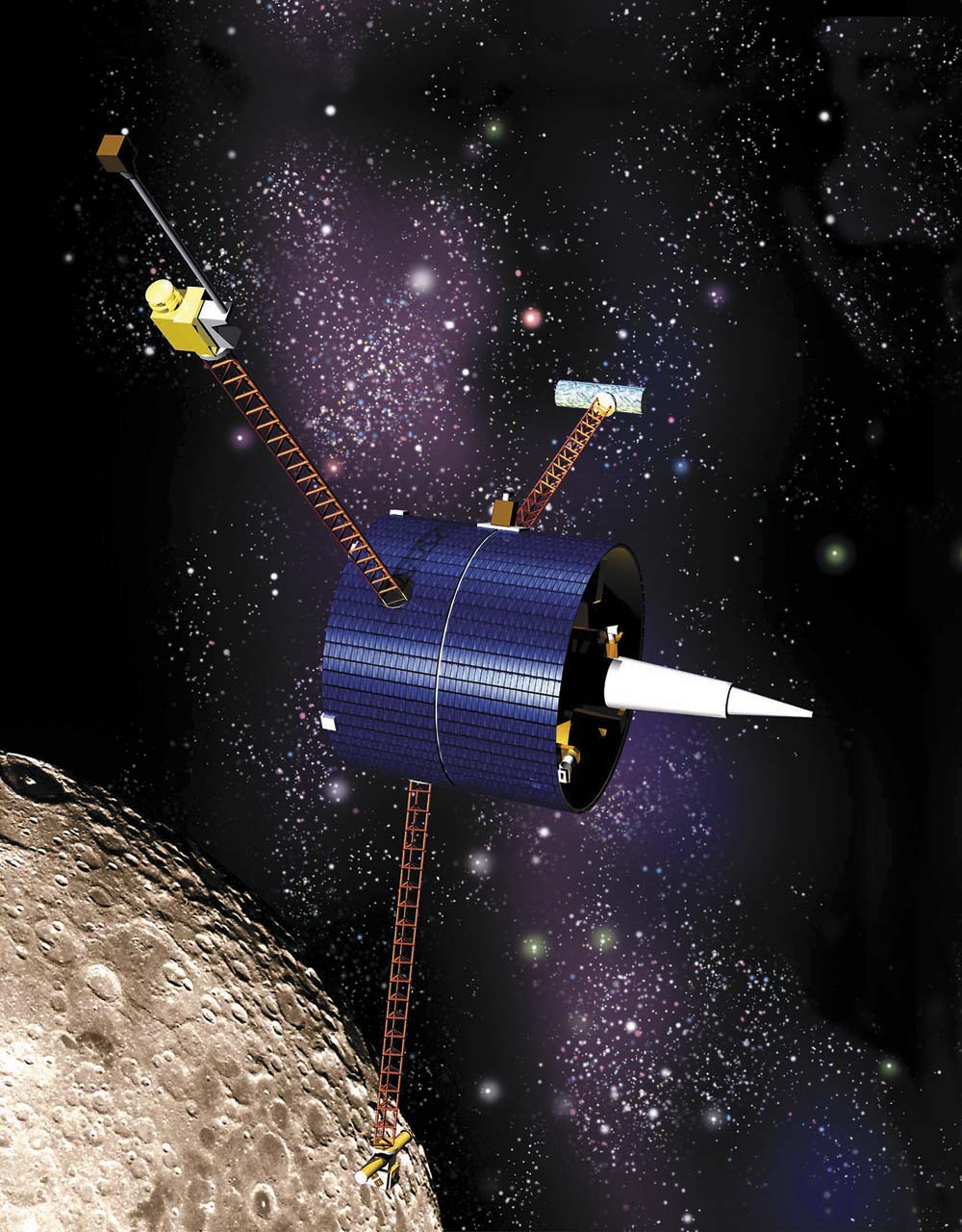 Moon on the Rocks? After Apollo 17 returned from the Moon in 1972, NASA did not conduct another lunar exploration mission of its own for over 25 years. Twenty years ago this week, Lunar Prospector began a 19-month journey to map the Moon’s elemental composition, measure its magnetic field, and detect gas escaping from the surface. One tantalizing discovery was a high concentration of sub-surface hydrogen, which hinted at water ice (perhaps delivered by a cometary impact) trapped in a perpetually shadowed crater on the Moon’s south pole. At mission’s end, Lunar Prospector intentionally crashed into the crater. The force of the impact might have released water vapor, and although none was detected, a similar experiment by NASA in a later 2009 mission confirmed the existence of ice.