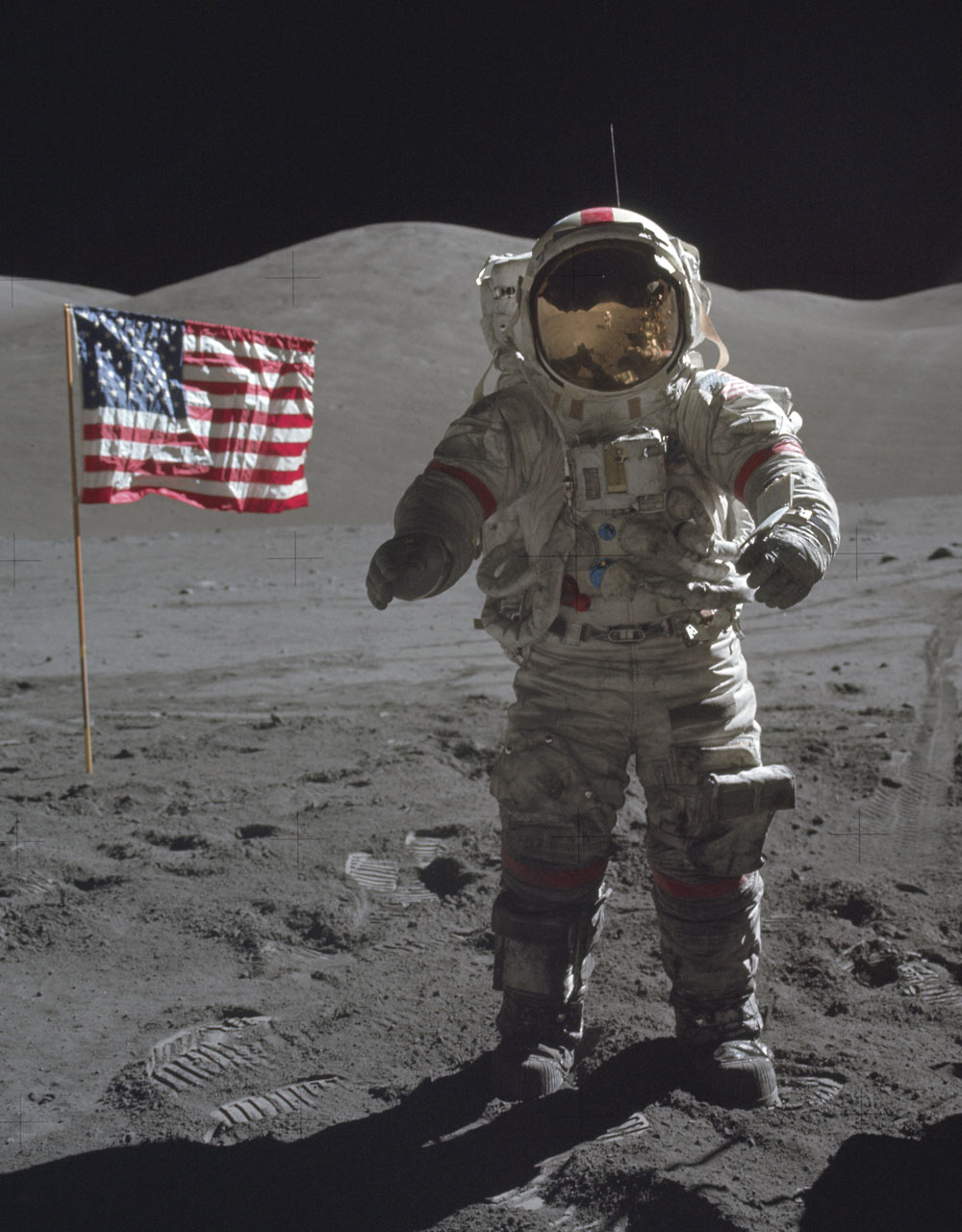 Last One Off  The highlight of the last human spaceflight to the Moon occurred forty-five years ago this week, with the lunar landing of Apollo 17. After a four-day journey to the Moon, astronauts Eugene Cernan and Harrison Schmitt descended to the lunar surface while crewmate Ronald Evans remained in lunar orbit. Schmitt, the only professional geologist to walk on the Moon, and Cernan landed in the Taurus-Littrow highlands region, an area that offered a unique combination of old and young geologic material. The pair spent three days on the Moon, traveled 36 km (22 mi) in their Lunar Roving Vehicle, and collected over 110 kg (240 lbs) of lunar samples. Cernan, who has the honor of being the last human to stand on the Moon, is seen here at the start of Apollo 17’s third and final EVA.