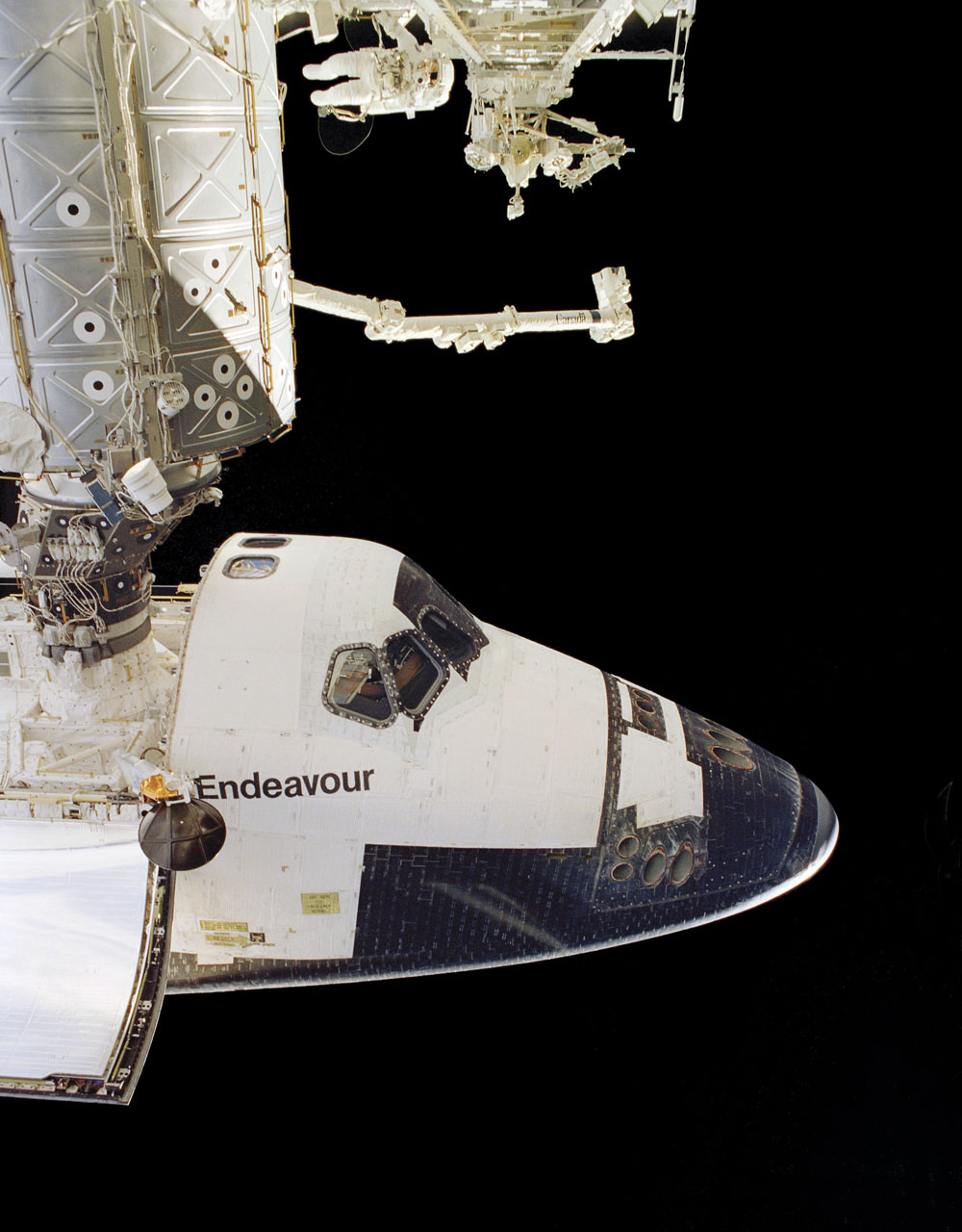 Weather Woes Delay Deorbit   Fifteen years ago this week, the STS-113 mission took off for the International Space Station. Endeavour spent a week in the configuration seen here, docked to the Pressurized Mating Adapter 2 connected to the Destiny Laboratory module. During that time, astronauts Michael Lopez-Alegria and John Herrington conducted three spacewalks totaling nearly twenty hours, during which they connected the P1 truss, installed external TV cameras, and inspected the station’s Mobile Transporter. The 14-meter-long (45 ft) P1 truss extended the length of the station’s main truss to 40 meters (130 ft). The STS-113 mission also delivered over two tons of cargo to the station, swapped the Expedition Five and Six crews, and landed three days late due to bad weather—a shuttle record.