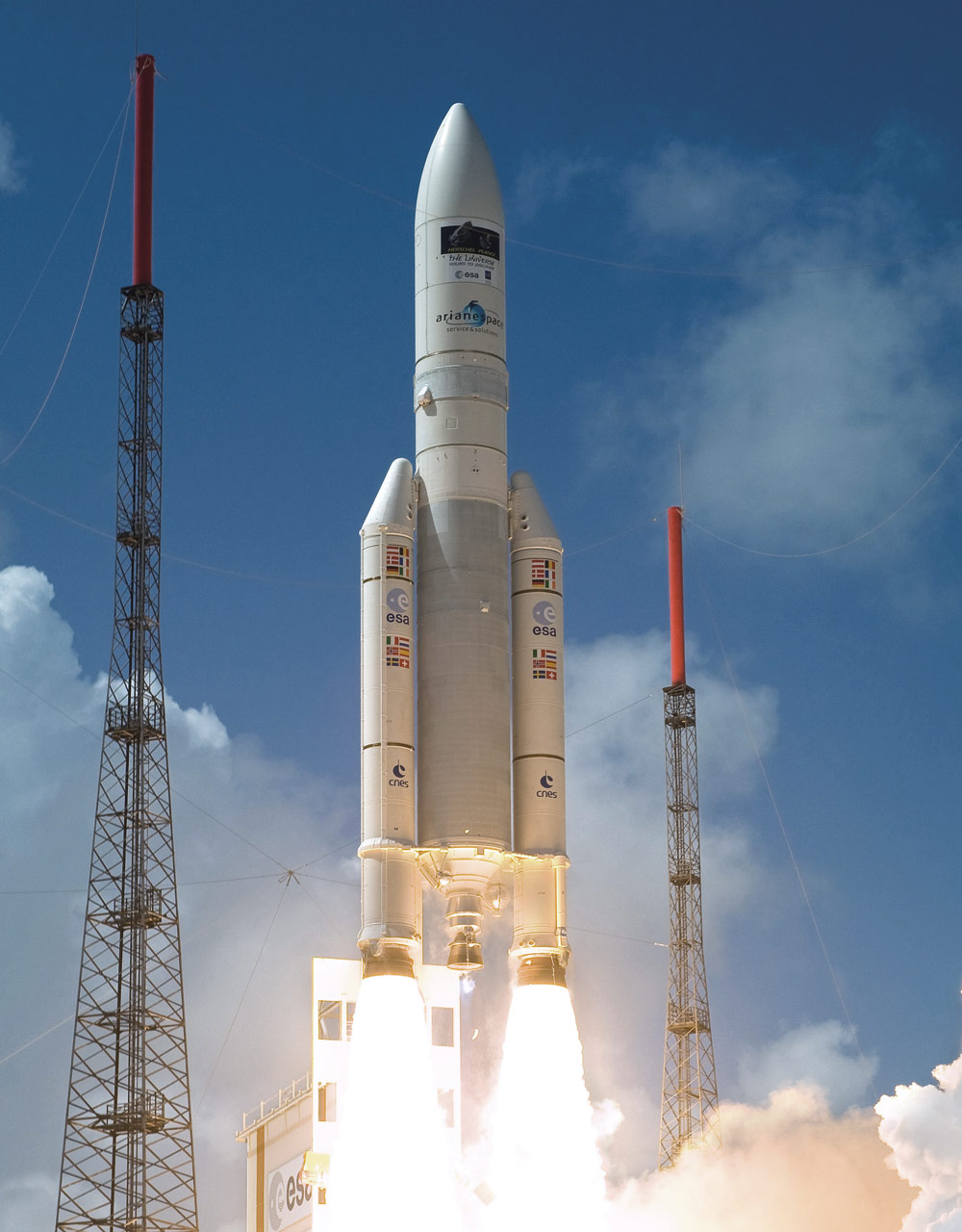 Addition to the Family  Europe’s most powerful launch vehicle, the Ariane 5, made its first successful flight twenty years ago this week. This latest member of the Ariane family of launch vehicles, which date back to 1979, is operated by Arianespace and launched from the Guiana Space Centre at Kourou in French Guiana. The Ariane 5 features two solid rocket boosters and a central liquid propellant rocket core. The latest variant of the Ariane 5, the ECA, can deliver 10,500 kg (23,100 lbs) of payload to geosynchronous orbit (35,700 km or 22,300 mi above the Earth). The Ariane 5 was used to launch the XMM-Newton X-ray observatory, numerous telecommunication satellites, all five of the International Space Station ATV resupply ships, as well as the Herschel Space Observatory, seen here.