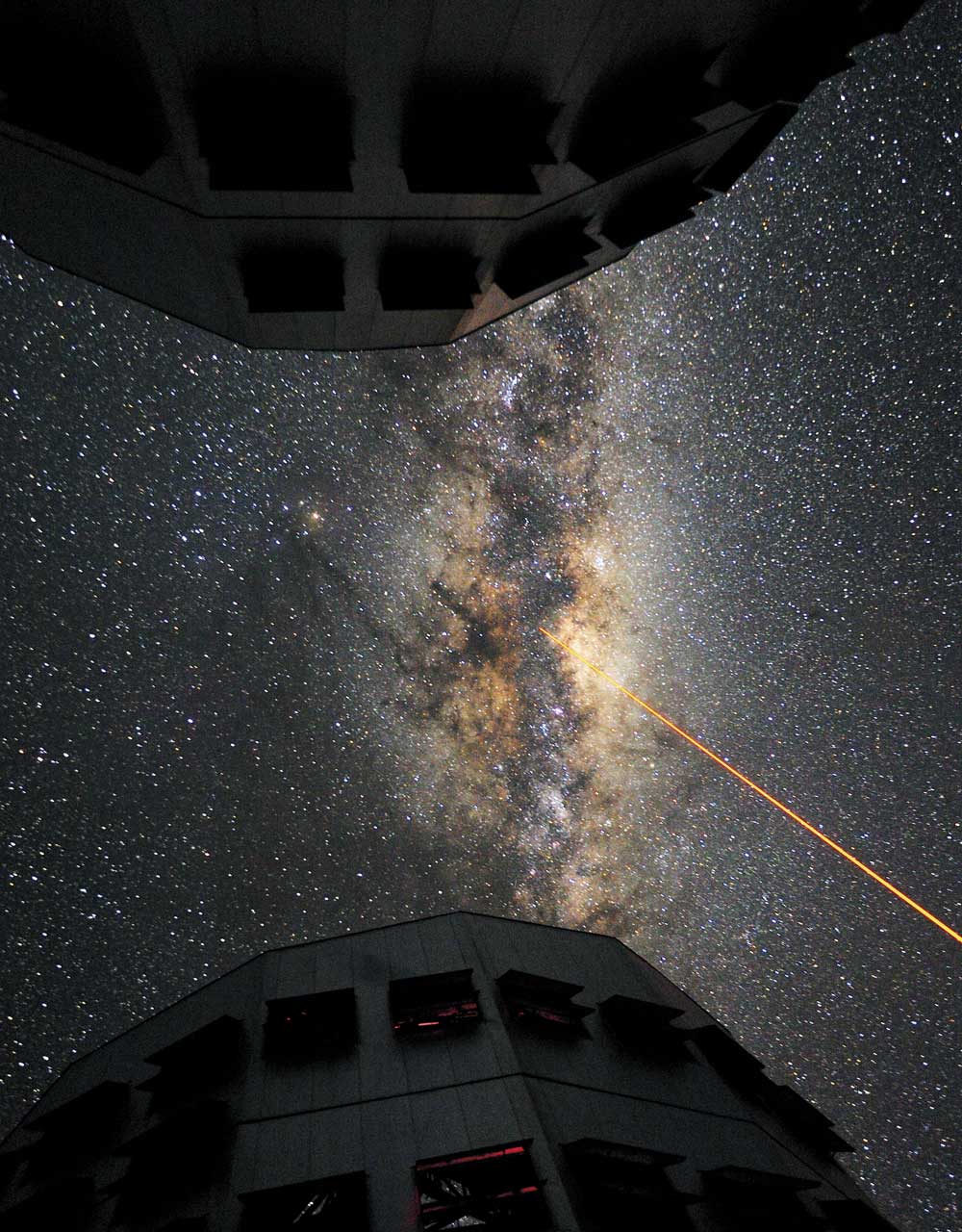 Observing an Anniversary  This week marks the fifty-fifth anniversary of one of the world’s leading astronomical research institutions, the European Southern Observatory, whose member nations include Austria, Belgium, Brazil, the Czech Republic, Denmark, Finland, France, Germany, Italy, the Netherlands, Portugal, Spain, Sweden, Switzerland, and the United Kingdom, along with the host state of Chile. ESO operates some of the world’s largest and most advanced observational facilities at three sites in northern Chile: La Silla, Paranal, and Chajnantor. In this image, the ESO’s Yepun telescope points a powerful laser towards the center of the Milky Way, which appears like a galactic bridge between the domes of two of the Very Large Telescope’s other Unit Telescopes—Kueyen and Melipal.