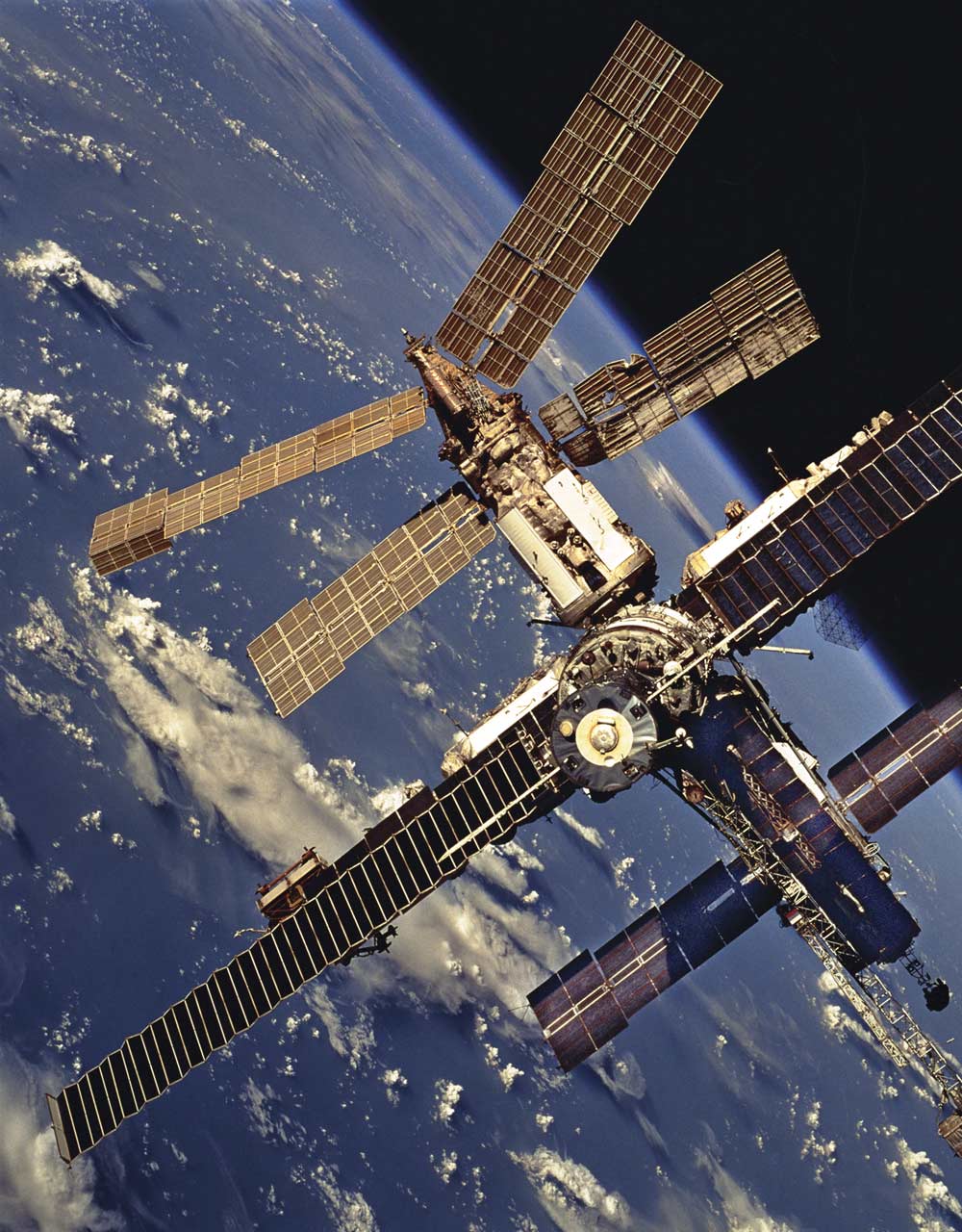 Crew Swap  STS-86, the seventh Mir docking mission, was launched twenty years ago this week. Atlantis and its crew of seven spent six days docked to Mir, during which they transferred over four tons of material to Mir, including food and water. On the sixth day of the mission, astronaut Scott Parazynski and cosmonaut Vladimir Titov conducted a five-hour spacewalk, the first joint U.S.-Russian extravehicular activity during a shuttle mission. Atlantis left astronaut David Wolf behind to spend a four-month stint on Mir. He took over for Michael Foale, who hitched a ride home on Atlantis after having spent nearly six months on Mir. In this image taken from Atlantis, a solar array on Mir’s Spektr module shows damage sustained from a collision with a Progress resupply ship earlier in the year.