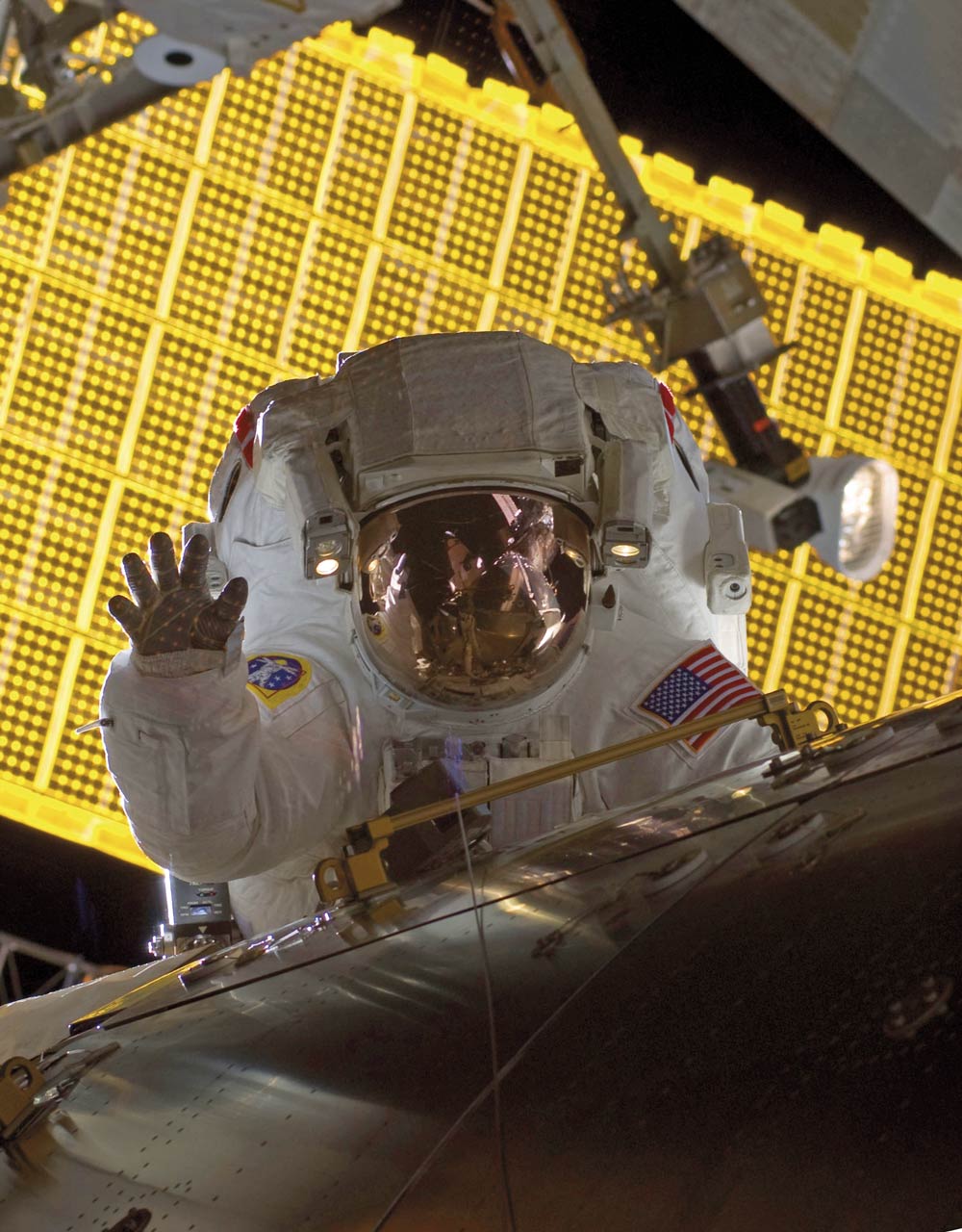 Glass Ceiling Breaks in Space  In 1962, Valentina Tereshkova became the first woman to travel in space, but the door to cosmic gender equity was slow in opening. Nearly twenty years passed before another woman, Svetlana Savitskaya, orbited Earth on an historic mission that began thirty-five years ago this week. During a later 1984 mission to the Salyut space station, Savitskaya became the first woman to walk in space, and is still the only Soviet/Russian woman to do so. Worldwide, male astronauts still outnumber females, despite numerous examples of women who have the right stuff, like Nicole Stott, shown here, who was a Flight Engineer on the International Space Station in 2009. During her three months at the ISS, Stott took part in a six-hour construction and maintenance spacewalk.