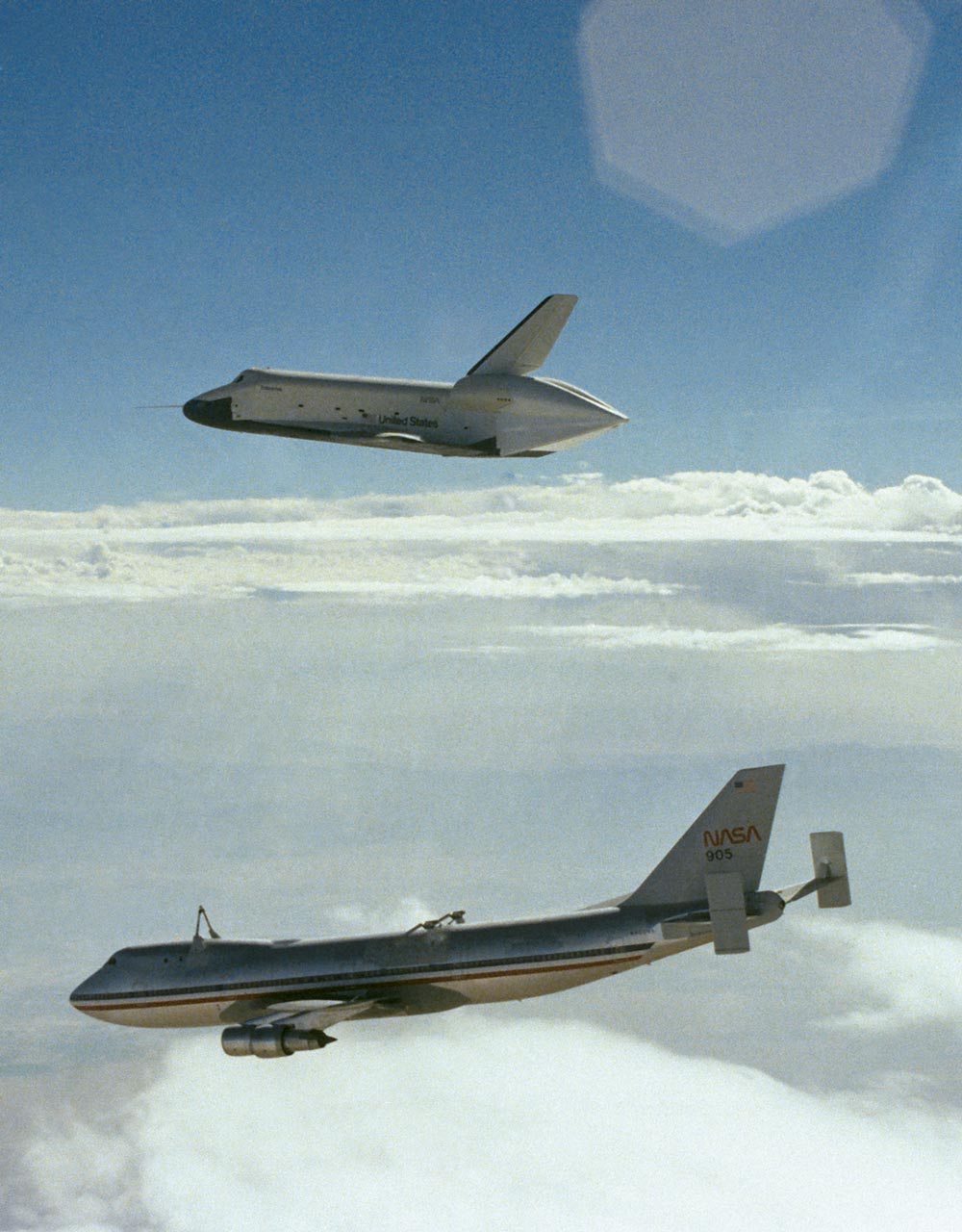 Free Enterprise  Before the space shuttle could make its first flight into space, NASA needed to test the spacecraft’s ability to glide to a landing on a runway. During 1977, the Approach and Landing Test program put the shuttle Enterprise through its paces. Never designed for flight in space, Enterprise was an atmospheric test vehicle that made several captive flights attached to the top of the Shuttle Carrier Aircraft, a converted Boeing 747. Forty years ago this week, Enterprise, outfitted with an aerodynamic tail cone, made its first free-flight, as astronauts Gordon Fullerton and Fred Haise piloted Enterprise on a five minute, twenty-one second glide.  Enterprise completed four more glide tests, the final two of which did not use the tail cone, simulating the actual configuration of an orbiter returning from space.