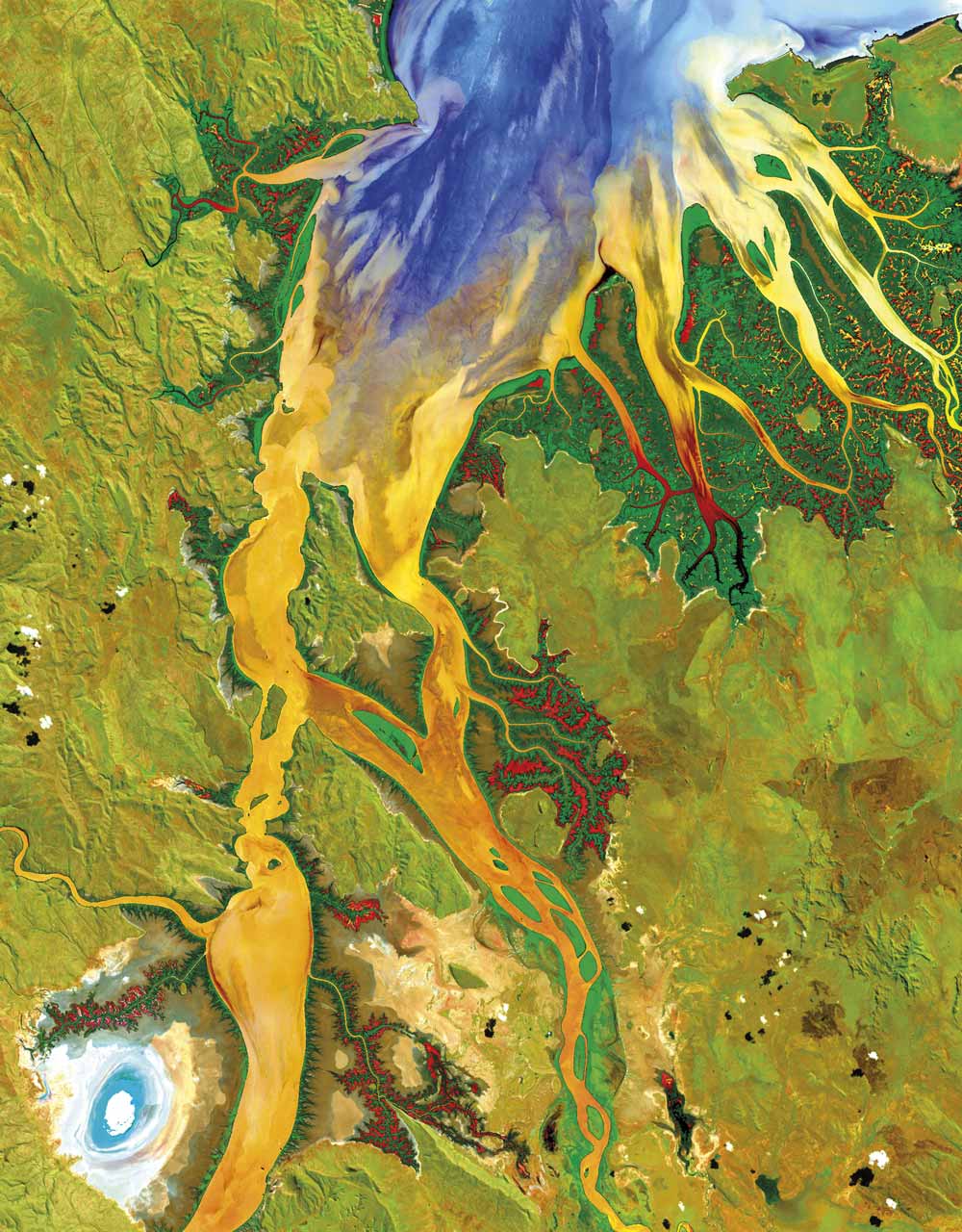 Eyes on Earth  The longest continuous space-based observation of Earth’s surface and natural resources began forty-five years ago this week. Since 1972, the Landsat series of satellites has collected millions of multi-spectral images that make it possible to study the long-term environmental effects of everything from natural coastal erosion to urban sprawl. The image above was taken by Landsat 8, the most recent descendent of the original Landsat satellite. It shows the biologically complex conditions of mangroves, shown in dark green, along the fingers of the Ord River in Australia. Yellow, orange, and blue represent the impressive flow patterns of sediment and nutrients in this tropical estuary. The bright spot at the lower left is an area of mudflats, which is home to saltwater crocodiles.