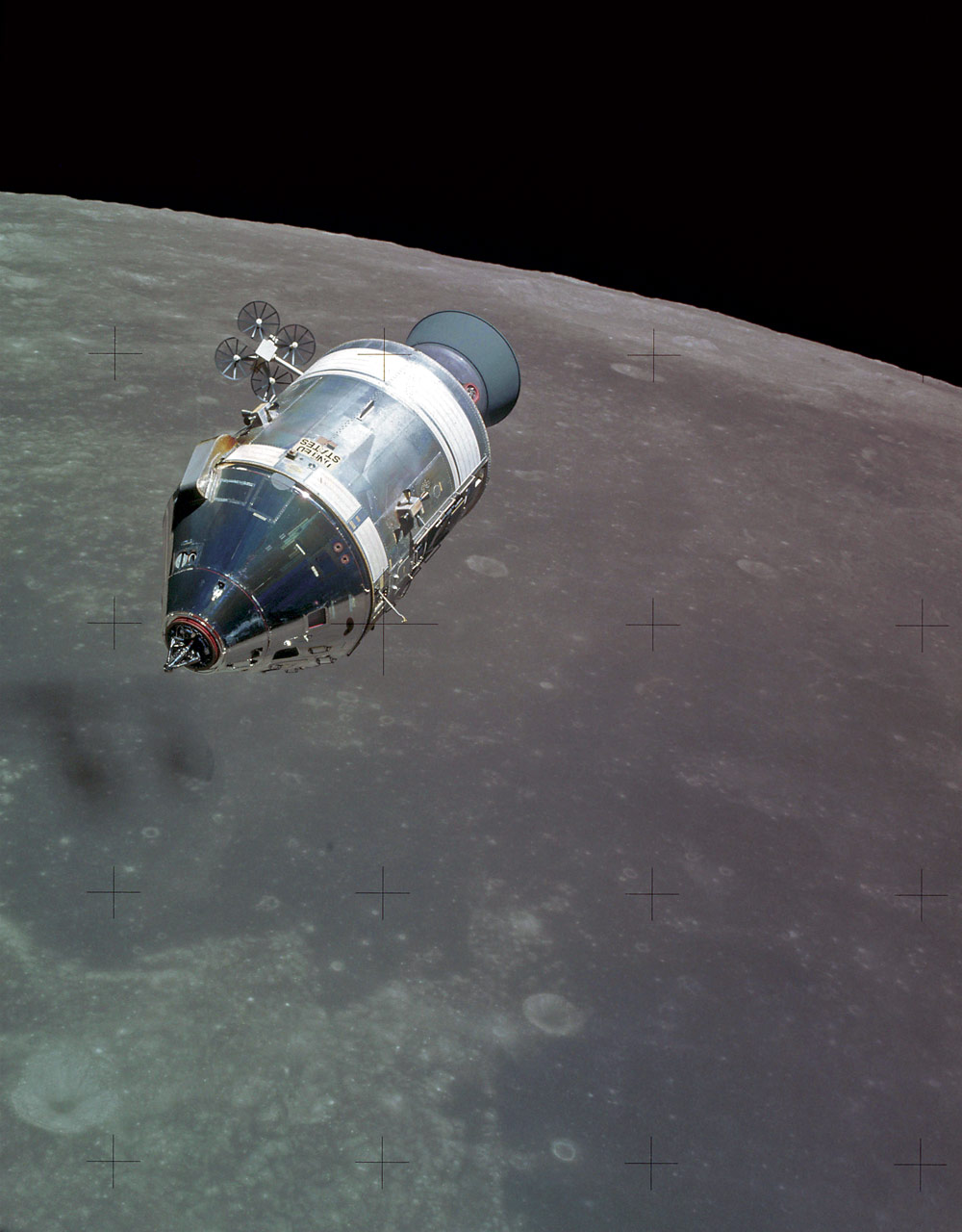 An Elegant Solution  Fifty-five years ago this week, NASA decided how to get to the Moon. Two possibilities, Direct Ascent and Earth Orbit Rendezvous, involved launching a massive rocket (or two smaller rockets that would join up in Earth orbit) toward the Moon, landing, and then blasting off for Earth. But the powerful boosters and orbiting support facilities required for these methods could not be built in time. An obscure but elegant third solution, Lunar Orbit Rendezvous, finally won. LOR called for three modest-sized special-purpose spaceships to arrive at the Moon. After the lunar module landed, its upper half would blast off and join the command/service module (like Apollo 15’s CSM above) in lunar orbit. The CSM would depart for Earth, but only the conical command module would splash down.