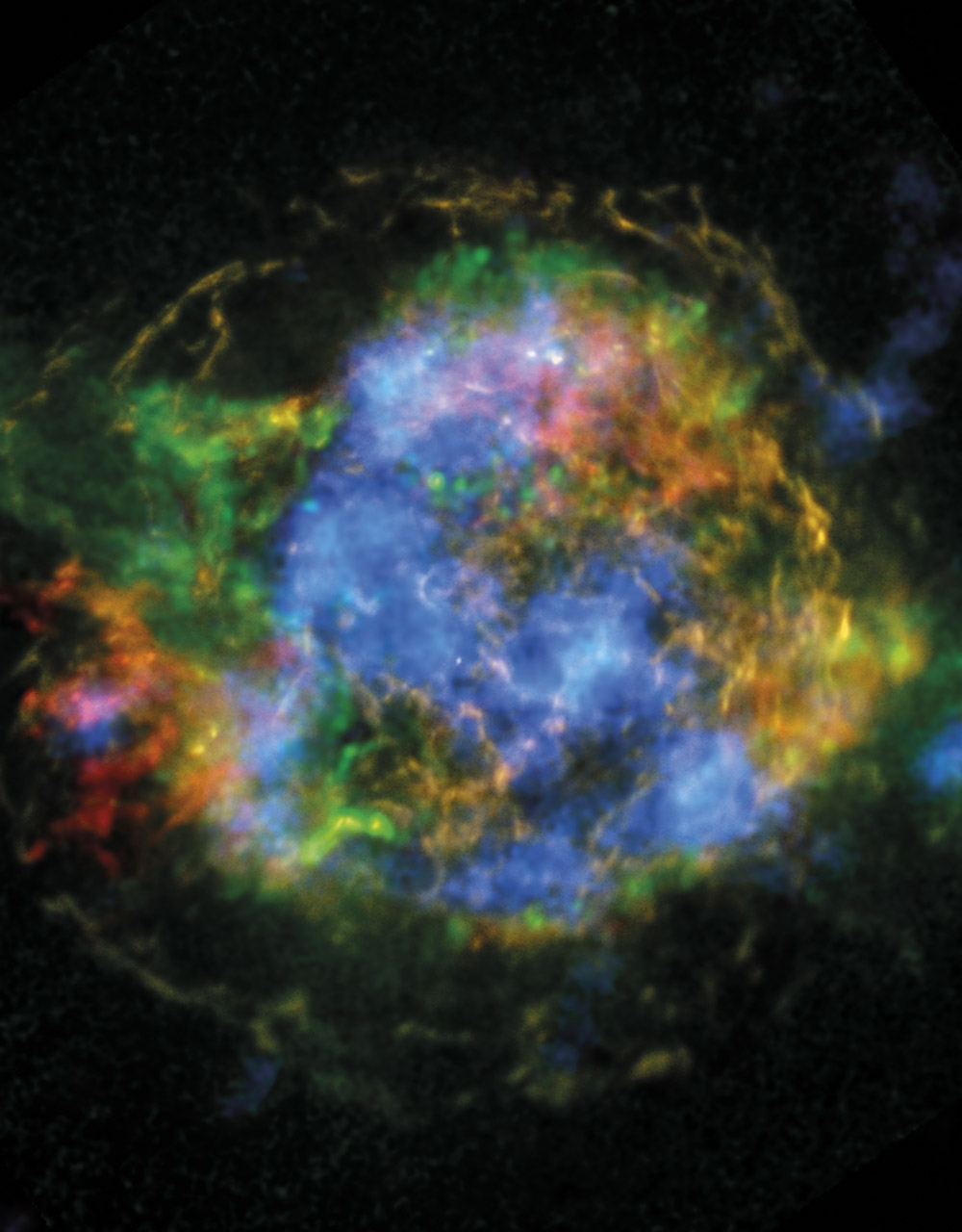 Far-out X-Rays  Five years ago this week, the Nuclear Spectroscopic Telescope ARray (NuSTAR) was launched. X-ray telescopes such as Chandra and XMM-Newton observe the universe at low X-ray energy levels, but NuSTAR is the first Earth-orbiting telescope able to focus and observe “hard” high-energy X-rays. In this image of the Cassiopeia A supernova remnant, NuSTAR data, which show high-energy X-rays from radioactive material (such as titanium-44), are colored blue. Lower-energy X-rays from non-radioactive material, imaged previously with NASA’s Chandra X-ray Observatory, are shown in red, yellow and green. By mapping radioactive elements in Cassiopeia A, astronomers get a direct look at what happened in the core of the star when it was blasted to smithereens.