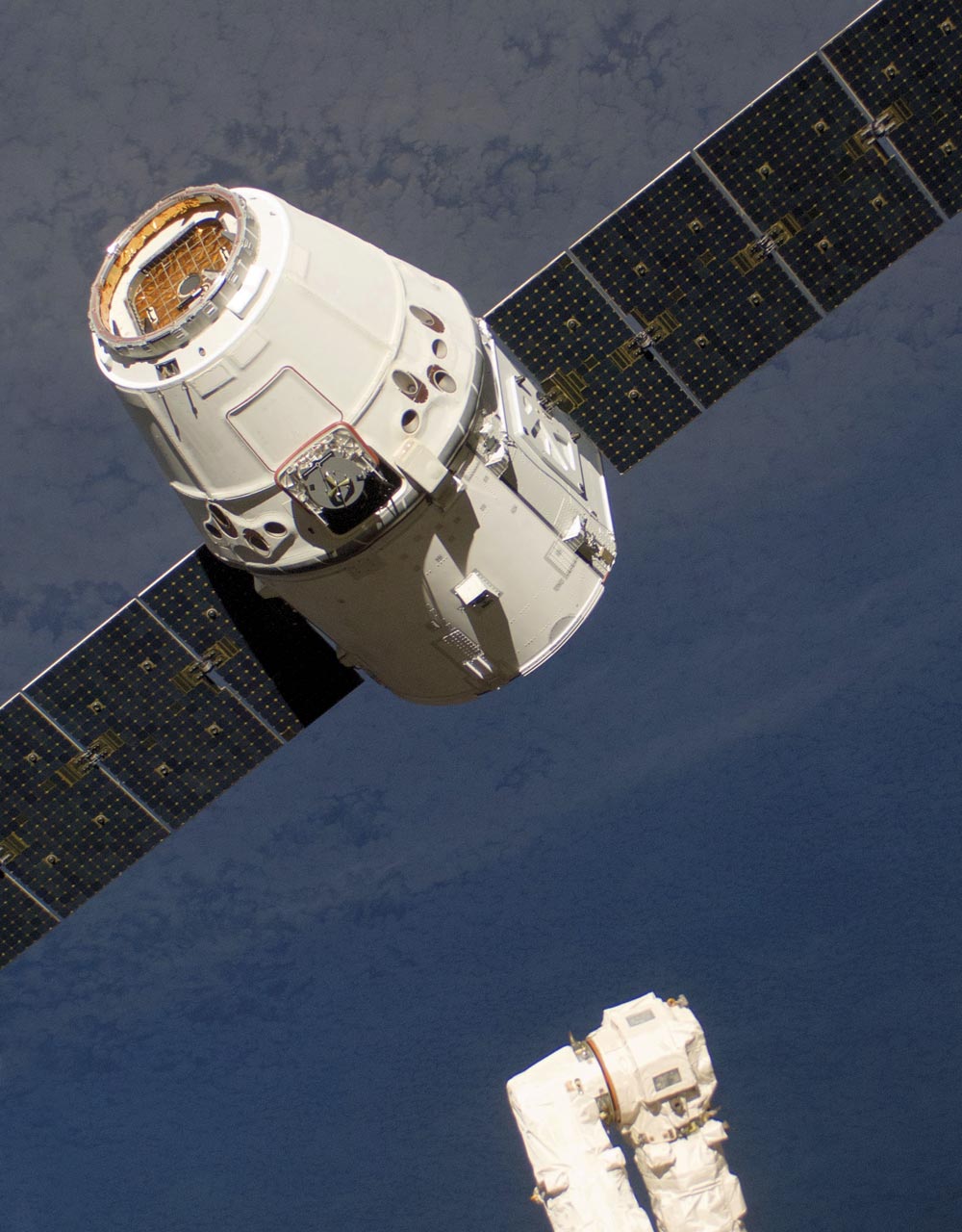 Magic Dragon  Five years ago this week, the Space Exploration Technologies Company, more commonly known as SpaceX, made history when its Dragon capsule became the first commercially developed space vehicle to be launched to the International Space Station. Dragon joined Russian, European, and Japanese resupply craft that service the complex, and it restored a U.S. capability to deliver cargo to the orbital laboratory. In this image, The SpaceX Dragon commercial cargo craft is about to be grappled by the station’s Canadarm2 robotic arm (partially visible at bottom). Expedition 31 Flight Engineers Don Pettit and Andre Kuipers grappled Dragon at 9:56 AM (EDT) and used the robotic arm to berth Dragon to the Earth-facing side of the station’s Harmony node at 12:02 PM, May 25, 2012.