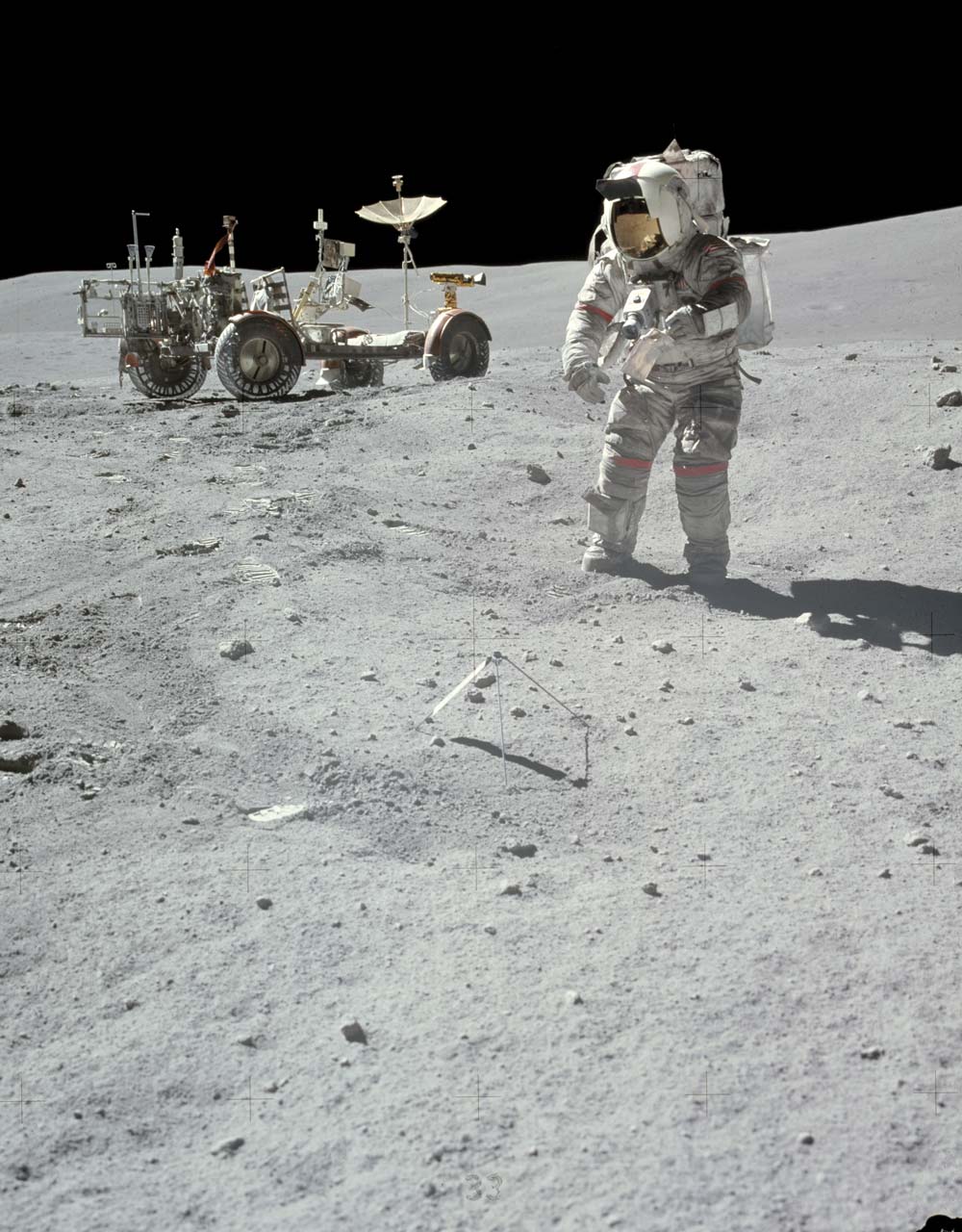 Free Parking on the Moon  Apollo 16, launched to the Moon forty-five years ago this week, delivered the second car to the Moon. This fifth successful lunar landing mission was the second to bring along a Lunar Roving Vehicle, seen here with Commander John Young in a photo taken by Lunar Module Pilot Charlie Duke at North Ray Crater. Young and Duke spent three days on the Moon, covering 27 km (17 mi) in the rover during three separate excursions outside their Lunar Module Casper. In their explorations of the Descartes Highlands region, Young and Duke set up solar wind and cosmic ray detectors, two seismometers, and a magnetometer. While the pair explored the lunar surface, crew member Thomas Mattingly orbited the Moon in the Command Module Orion.