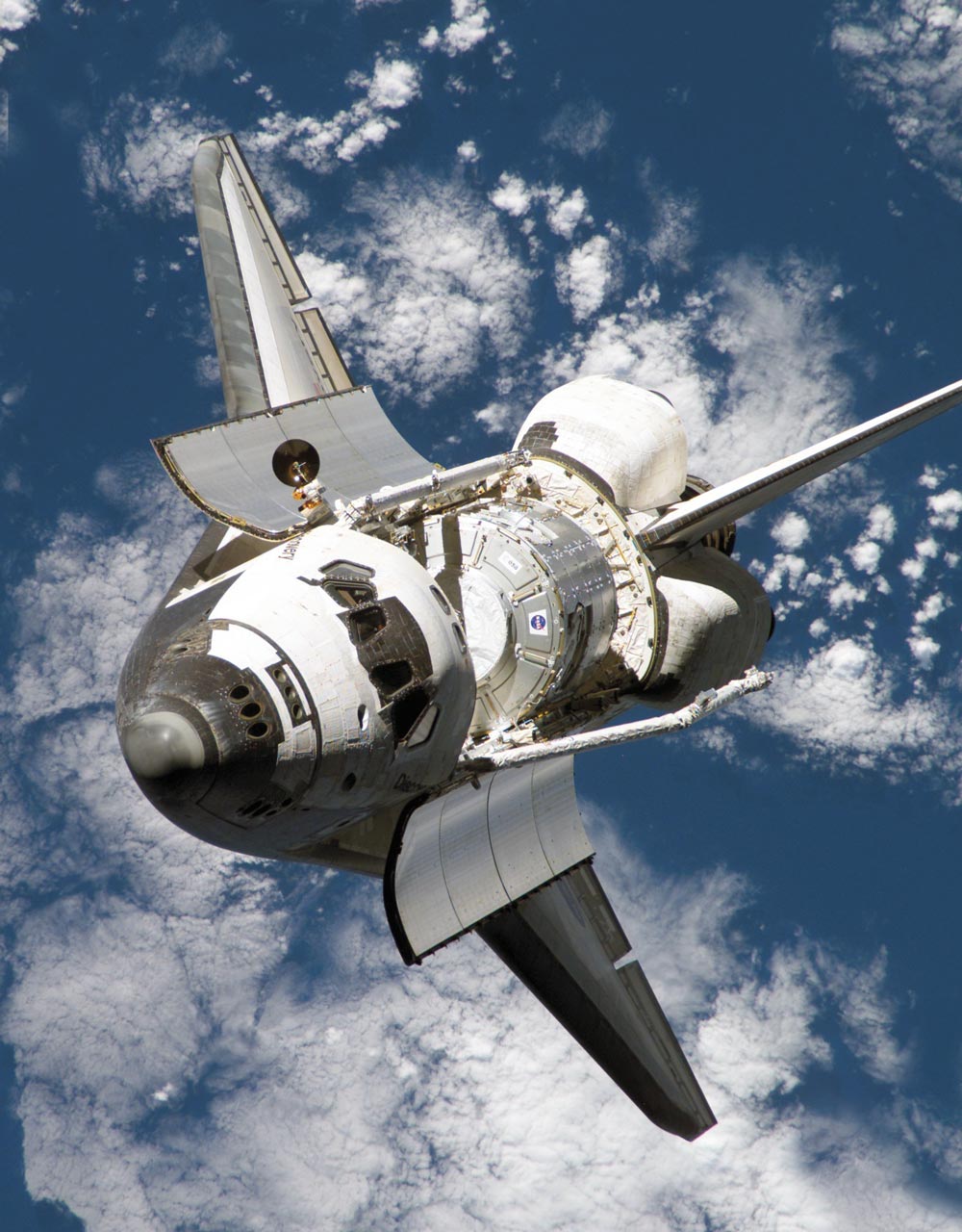 RFP RSVP  Forty-five years ago this week, NASA sent out a request for proposals to several major aerospace companies for the development of the reusable space shuttle orbiter. Lockheed, McDonnell Douglas, Grumman, and North American Rockwell (later Boeing) all replied with proposals, and NASA eventually awarded the contract to North American Rockwell. In all, six space shuttles were built, including the atmospheric test vehicle Enterprise. The shuttle fleet was retired in 2011, by which time the five orbiters that went to space (Columbia, Challenger, Discovery, Atlantis and Endeavour) flew 135 missions. Seen here during the STS-120 mission in October 2007, the shuttle Discovery approaches the International Space Station. The Harmony node is visible in Discovery’s cargo bay.

Jupiter 2° south of Moon
Pallas in conjunction with Sun