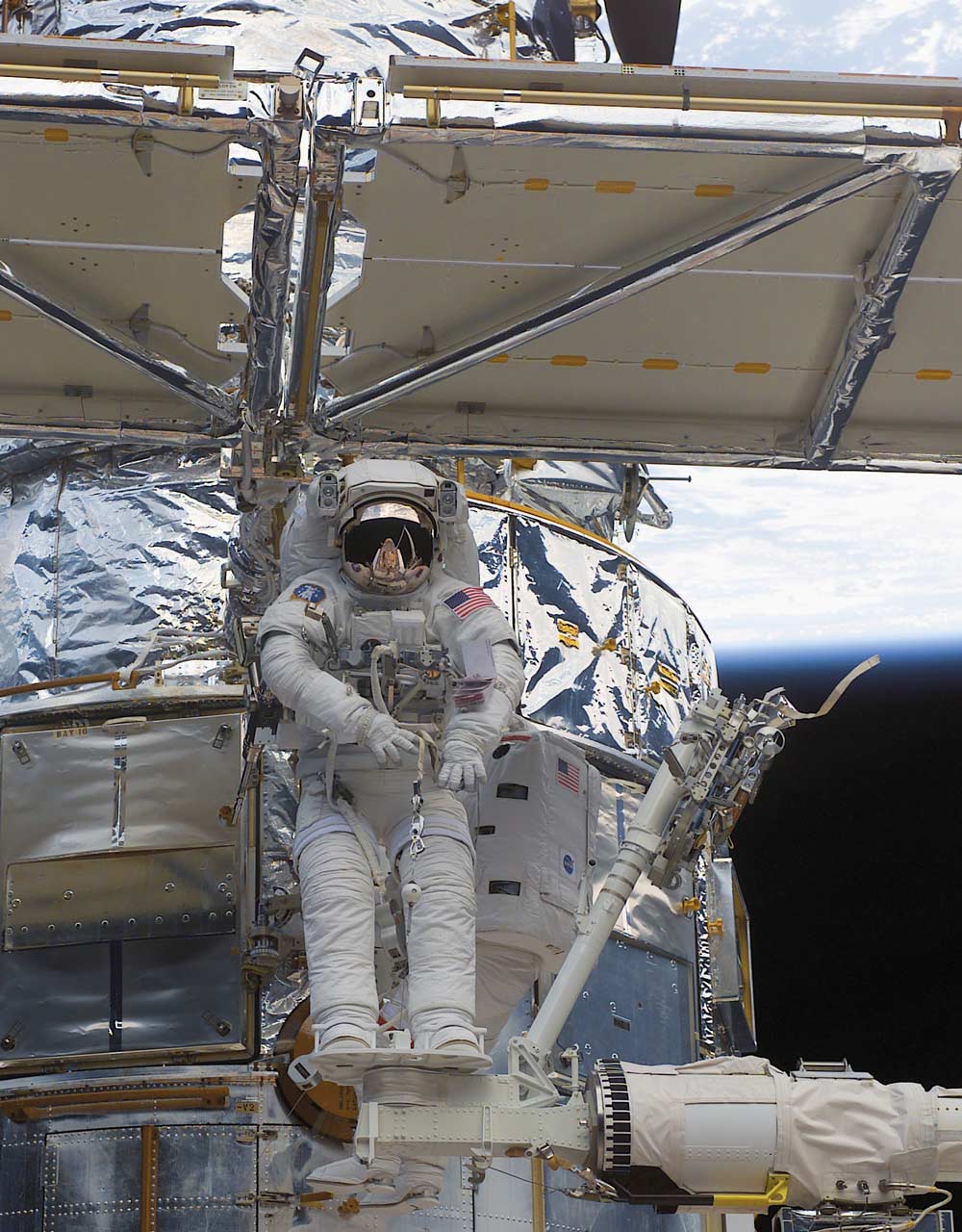 Sprucing Up Hubble  When it was deployed in 1990, the Hubble Space Telescope was designed to be regularly serviced and upgraded as new technology became available. It’s fitting, then, that the fourth servicing mission, STS-109, which was launched fifteen years ago this week, was undertaken by the shuttle Columbia, which itself had recently undergone nearly three years of renovations. Seen here, astronaut Richard Linnehan (facing camera) and John Grunsfeld (partially visible behind Linnehan) work to replace the starboard solar array on the Hubble in Columbia’s cargo bay. Linnehan is standing on a foot restraint connected to Columbia’s robot arm. Other upgrades to Hubble during STS-109 included installing the Advanced Camera for Surveys and a new Power Control Unit.