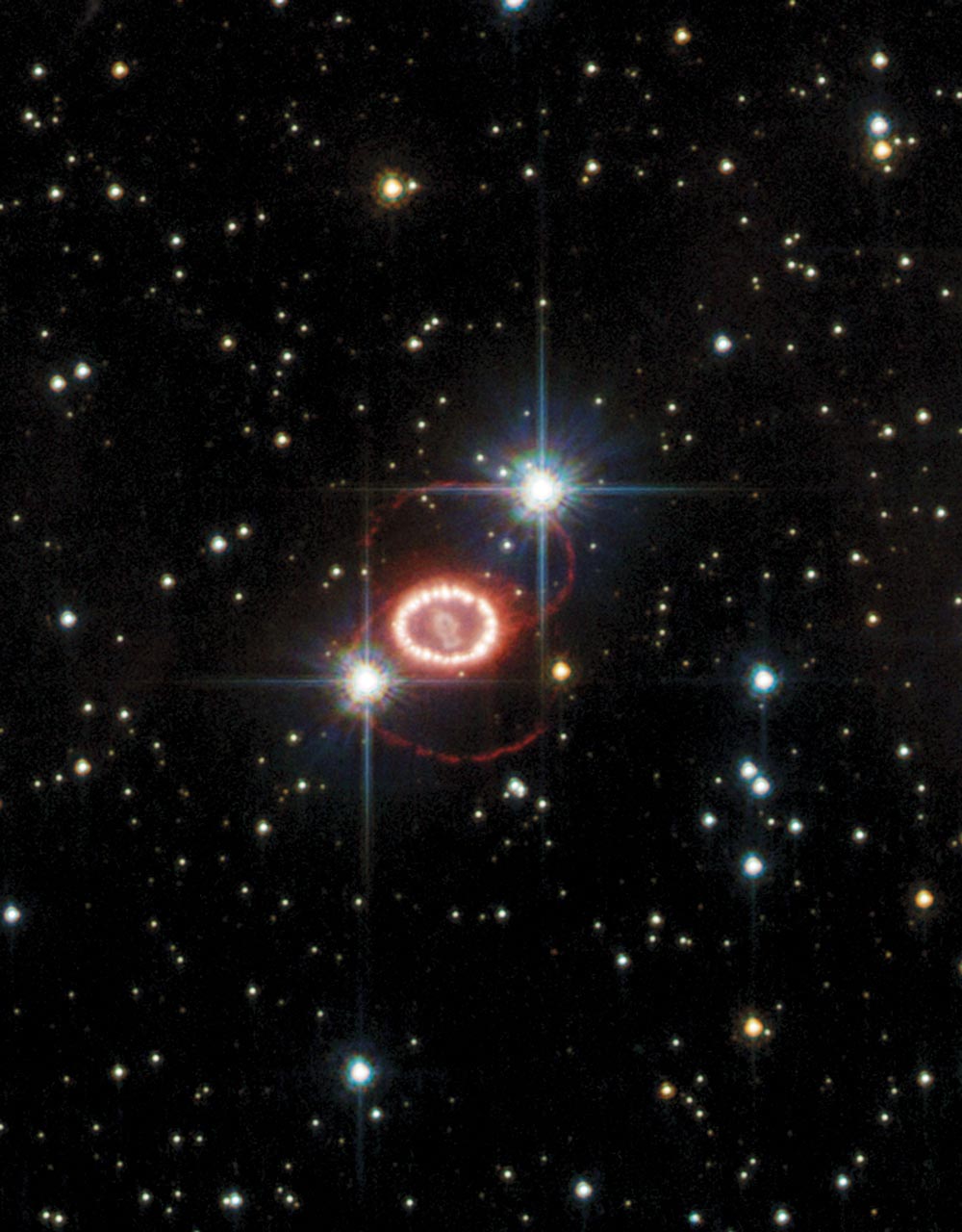 Generation Y Supernova  Thirty years ago this week, astronomers witnessed the closest and brightest supernova in nearly four centuries. Known as SN1987A, this catastrophic explosion took place 170,000 light-years away in the Large Magellanic Cloud, a nearby galaxy, but it was visible to the naked eye for nearly a year. Supernovae occur when massive stars collapse and eject most of their mass in a violent explosion. The Hubble Space Telescope has observed SN1987A since 1990. Expanding shock waves from the supernova are hitting previously ejected material in the inner ring, causing it to brighten in visual, radio, and X-ray wavelengths. Astronomers expect to find a neutron star in the remnants of this supernova, but they have not yet been able to peer through the dense dust to confirm it is there.